Meetings being held at the Labour Ministry to discuss an increase in minimum wage for garment workers in 2019 have yet to yield results , but a figure is expected on Friday, an official said yesterday.

Heng Sour, deputy chief of the labour advisory committee , said yesterday’s meeting was attended by union and employer representatives, noting that discussions will resume on Friday.

“Each side will bring their proposed figures to Friday’s meeting,” he said.

The Labour Ministry has said that the meetings will detail discussions from all sides in order to agree on a reasonable increase in the minimum wage for next year.

Far Saly, president of the National Trade Union Coalition, said yesterday that the meetings have yet to yield a figure. 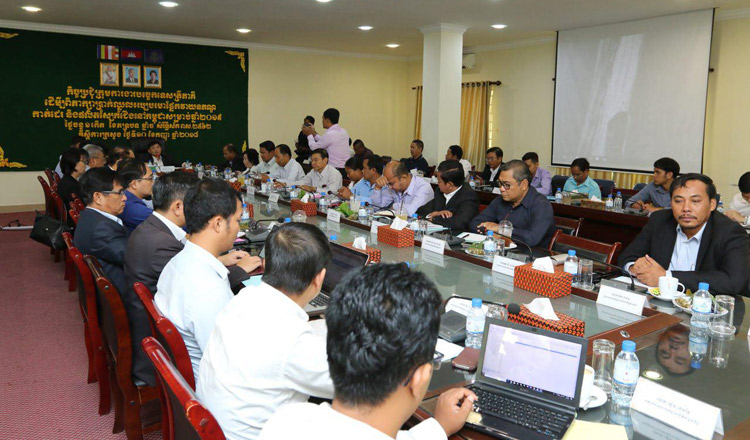 “The meeting yesterday did not result in anything,” Mr Saly said. “We’ll continue to discuss the matter.”

The Cambodian Labour Confederation said last week that after several rounds of discussions, major unions agreed that the minimum wage should be $211.94.

The proposed figure was determined after considering criteria such as family, cost of living, inflation, labour productivity, competitiveness and profitability.

Last week, Prime Minister Hun Sen said that an unreasonable increase in minimum wage could drive companies to bankruptcy and out of the country.