Home - Students say exam results do not add up

Nearly 100 students gathered at the Education Ministry yesterday to protest the results of the national exam, particularly their results in mathematics.

Chhay Ly An, a high school student who sat for the exam, said yesterday that he failed the mathematics subject and he could not accept the result.

Mr Ly An, a gold medallist at the Singapore International Mathematics Olympics in 2017, said that he was shocked to hear he failed the subject.

“Something weird happened for some of the students,” he said. “The Education Ministry must be responsible for this and take action in order to provide some fairness for us.”

Ou Pisey, another student at the protest, said yesterday that she had studied very hard in preparation for the national exam last month. 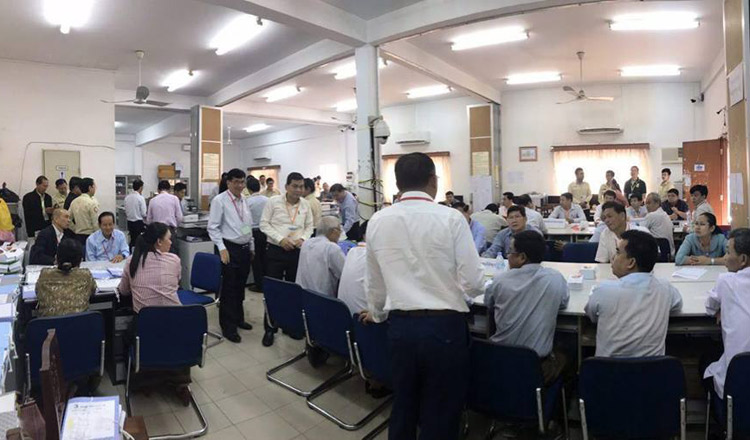 Ms Pisey said that she was also shocked to hear that she failed mathematics.

“I’m confident in myself, I know I did not fail. I did not neglect mathematics. I studied hard and I didn’t cheat during the exam,” she said. “I answered all of the questions and I checked and rechecked my answers. I’m right. Why did the result come out like this?”

Education Ministry spokesman Ros Salin could not be reached for comment yesterday. The protesting students offered no evidence of why their marks could be wrong.

Ly Soug, another student at the protest yesterday, said that a complaint has already been filed at the ministry.

Ms Soug said that the ministry must re-examine the results.

“I don’t understand the results. I don’t know if it was an error or if it was intentional,” she said. “I hope that the ministry will check my answers again because this makes me worry about my future. This could prevent me from getting a scholarship.” 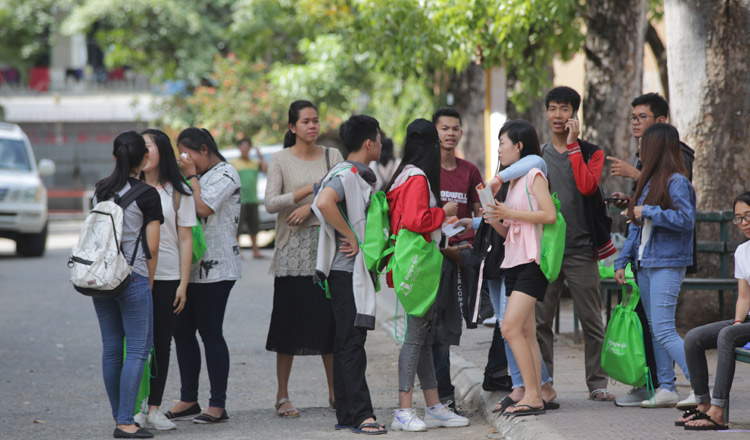 A ministry official who collected the students’ complaint said the ministry will find a solution and that the matter is to be discussed during an upcoming meeting.

“Please don’t file a complaint for the sake of other students, do it truthfully,” the official said.

“During the first phase of education reforms, we want students to succeed without cheating,” the ministry said. “During the second phase, we’ll focus on studying hard. Students who scored an A during this year’s exam are no ordinary students.”

The ministry also noted that 17 students automatically failed due to failure to comply with ministry guidelines.