Home - Funcinpec and KNUP may merge

Funcinpec and KNUP may merge

KNUP spokesman Run Meatra said that Funcinpec and KNUP have a plan to merge and retain the name of Funcinpec.

“We have a plan to merge but we want to keep the name of the Funcinpec party as that was King Father’s achievement,” Mr Meatra said. “It is because Funcinpec is well-known both locally and internationally.”

Mr Meatra said that the breakaway of the KNUP from the party worsened both parties’ popularity from one election to another.

He added that KNUP president Nhek Bun Chhay is scheduled to get a medical checkup in Thailand and will visit Prince Norodom Ranariddh, who has been recuperating from a fatal car crash that killed his wife on June 17.

“Once His Excellency Nhek Bun Chhay meets with Prince Ranariddh, he will discuss this plan,” Mr Meatra said.

Mr Bun Chhay split from Funcinpec in 2015 and formed the KNUP. 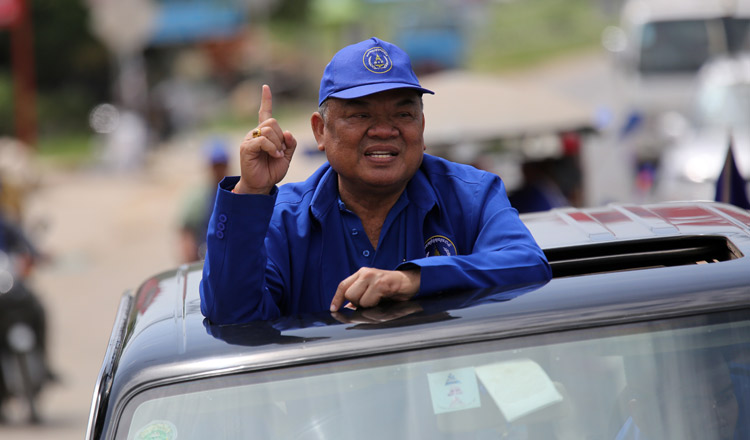 Funcinpec has become weaker and weaker, as it won 43 seats in the 1998 election, 26 seats in 2003 and just two in 2008 before being shutout in the 2013 election and also won no seat in the July national election.

Mr Bun Chhay could not be reached for comment yesterday, but speaking to a local online newspaper on Sunday, he said that his KNUP and Funcinpec planned to merge soon.

“I believe merging both parties is made under the name of Funcinpec because Funcinpec is an achievement by King Father Norodom Sihanouk,” Mr Bun Chhay said.

Funcinpec spokesman Nop Sothearith said that Funcinpec did not have a plan to meet with KNUP leaders, but noted that a merger could happen.

“Now we have no plan yet, but in the future, Funcinpec could be merged with that party,” Mr Sothearith said. “Funcinpec welcomes all the people or members of other parties who want to join us.”