Former opposition leader Kem Sokha was released on bail yesterday, but will enjoy limited freedom after the court restricted his movement to a four-block radius around his Phnom Penh home and banned him from meeting any ex-CNRP officials or individuals seemingly linked to his treason case.

Mr Sokha was jailed on treason charges in September 2017 over comments made in 2013 video footage from Australia-based CBN news, which showed him saying the US government had been helping him to push for regime change in Cambodia.

The CNRP was then dissolved in November and its 118 senior members were barred from politics for five years.

Mr Sokha must respond to summons issued by the investigating judge, the document noted, adding that he must not meet any ex-CNRP officials or individuals, especially foreigners, involved in his treason case.

“[Mr Sokha] must not get involved in any gathering or political activities,” it added.

Kem Monovithya, Mr Sokha’s daughter, said that her 65-year-old father has ostensibly been placed under house arrest, arguing it was unfair because he is in poor health and needs medical attention.

“He has high blood sugar and he needs a long-overdue surgery on his left shoulder,” Ms Monovithya said.

There is no provision for house arrest under Cambodia’s current legal system and criminal procedure code. 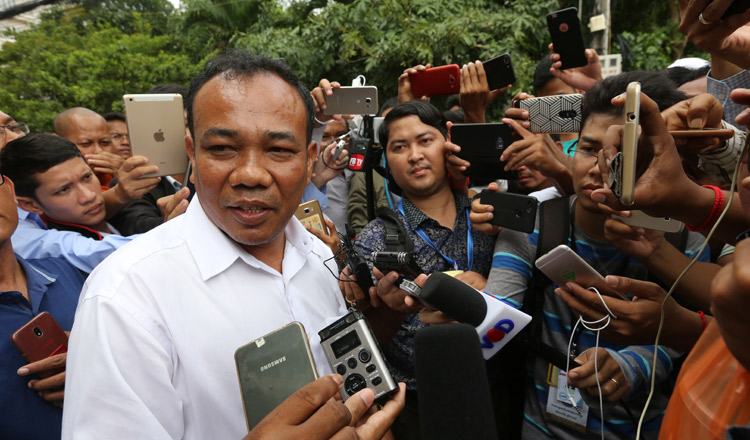 Chan Chen, one of Mr Sokha’s four lawyers, told reporters outside Mr Sokha’s house that Mr Sokha appreciated his supporters’ concerns about his health, but could not meet with them.

“Under these circumstances, please all supporters, understand that he can’t meet you,” Mr Chen said. “I’m delighted because my client is released and will receive proper health treatment.”

Mr Chen noted that Mr Sokha wanted medical treatment overseas because he had surgery in Singapore once.

Mr Sokha’s release came on the heels of July’s national election in which the ruling CPP swept all 125 seats in parliament.

Dozens of former opposition officials, along with land rights activists and two former Radio Free Asia reporters were also released from prison after the poll. His release also came after Phnom Penh Municipal Court Judge Ky Rithy last month extended his pre-trial detention by another six months on the grounds that he could undermine public order if released.

Following his release, Mr Sokha penned a letter to National Police chief General Neth Savoeun asking for police to protect his safety while under court supervision.

“I would like to request your excellency to help protect my safety,” Mr Sokha wrote.

Former opposition lawmaker Ou Chanrath said yesterday that he was disappointed he could not meet with Mr Sokha.

“It seems that the court has limited his freedom. As his subordinate official, I want to see him in person to make sure he is well,” Mr Chanrath said. “I want to tell him what has happened to our party when he was in prison and see what political vision he is holding now.” 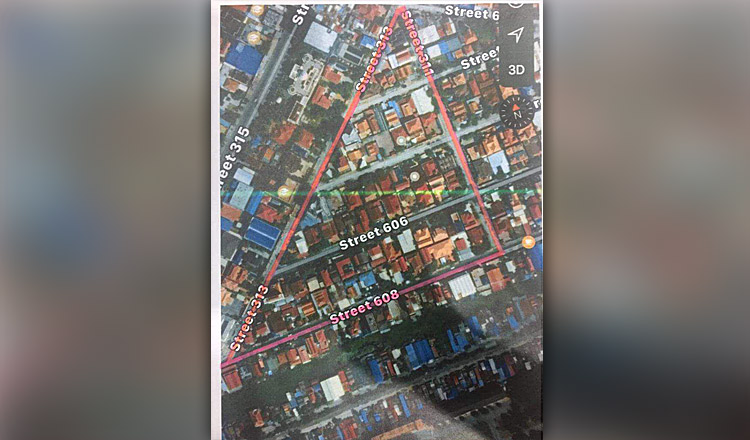 “It’s not bail like the one granted to Khmer National United Party Leader Nhek Bun Chhay a couple of months prior to the recent election. Basically, he is in detention in his own house to enjoy life with his family and limited communication with the outside world,” Mr Mong Hay said.

Human Rights Watch issued a statement after Mr Sokha’s release yesterday, noting that he never should have been jailed in the first place.

“The only way justice will be served is when the charges against Kem Sokha are dropped without conditions, the CNRP dissolution is reversed, and the political rights of Sokha and the other 117 CNRP senior executives are fully restored,” said Phil Robertson, deputy Asia director for the rights group.

“The Cambodian government acted based on concerns about Kem Sokha’s declining health in the remote border prison where they were keeping him in isolation and heeded his wife’s appeals to release him on his own recognizance for health reasons,” he added.

CPP spokesman Sok Eysan said the release of Mr Sokha had nothing to do with pressure from any foreign countries.

“Mr Sokha has been in the court procedure, so his release is at the court’s discretion,” he said.

“I welcome the releases, over the past month, of a prominent human rights defender, two journalists, and several opposition members, including Kem Sokha, head of the dissolved Cambodia National Rescue Party,” she said. “But the government should also release, and drop charges against, all other political actors, journalists and ordinary citizens arrested or convicted for exercising their human rights.”

Mr Pov, who is president of Independent Democracy of Informal Economy Association, said that he was questioned about the relation between his association and a protest he led to demand better pay for garment workers in January 2014 with the former CNRP and Mr Sokha. 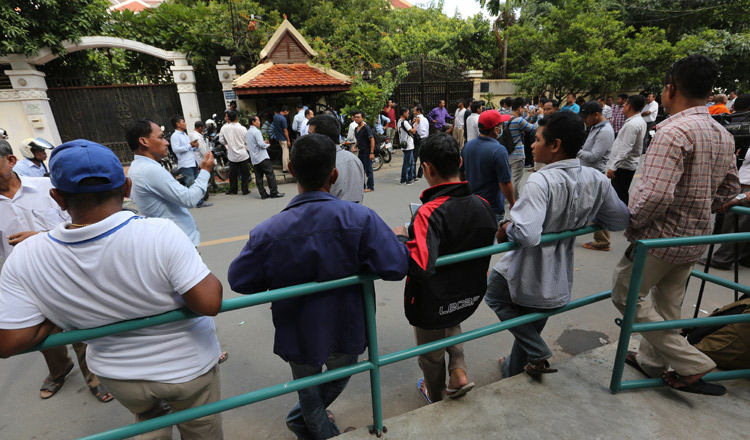 The protests followed the 2013 national election, the results of which the CNRP refused to accept, and have since been labelled by the government as an attempted colour revolution to overthrow it.

Clearing the air over corruption allegations