Maj Chan said the accused were arrested on Saturday at about 12.30pm after their homes were raided for selling illegal lottery tickets.

He noted that a complaint was filed last week by the owner of Dream Win Corporation, who accused the three of impersonating his business. 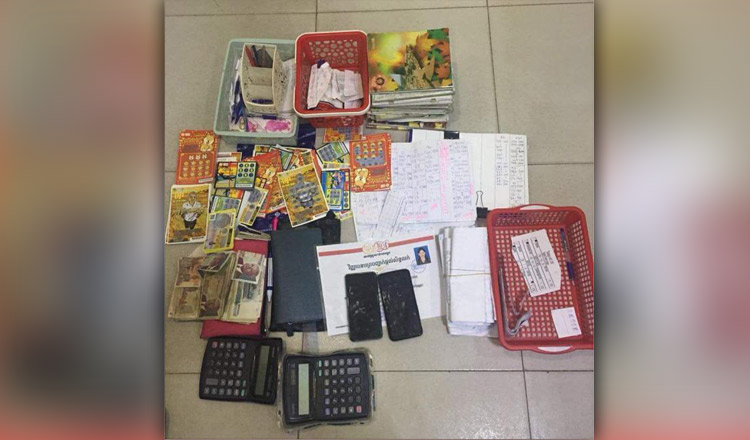 The accused opened their own lottery shops bearing Dream Win Corporation’s name without authorisation, he added.

“They were arrested because they operated an illegal gambling shop,” Maj Chan said, adding that police confiscated thousands of illegal tickets.

He noted that the accused have been charged with breach of trust and operating an illegal gambling shop.

The three were yesterday questioned by an investigating judge at the Kandal Provincial Court.

Court spokesman Ek Sunreaksmey could not be reached for comment yesterday.

Ex-soldier charged for gunning down man over land dispute

Man held after sucking blood from animals, killing them