Prime Minister Hun Sen on Friday defended his choice to keep his whole cabinet unchanged after forming the new government.

In a meeting at the Council of Ministers on Friday, Mr Hun Sen said that it was very virtuous for him as a leader not to shake-up his cabinet, noting that there was no need as the ministers had worked hard and earned a resounding victory for the CPP, which secured all 125 seats in parliament.

“Some people think that reforming is exchanging people. This is short-sighted,” he said in response to critics who believed that old officials would be replaced with young ones.

“If I abandoned officials who were fighting alongside me after the party won the election, how bad do I look? With the victory, if they are abandoned, who will Hun Sen lead in the next mandate? Is this a battle strategy or a winning strategy? I want to win not only the battlefields but also the war,” he said. 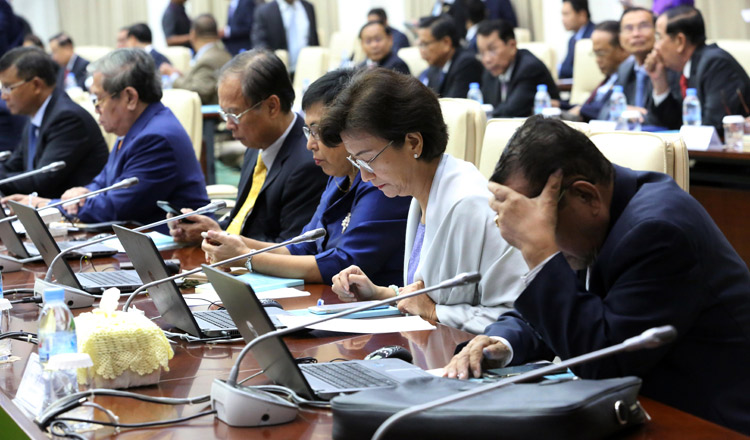 Mr Hun Sen also urged all ministers to improve their work, noting that the cabinet could be reshuffled in the middle of the mandate or at any other time.

All 28 current ministers retained their positions, while Mao Havanall, secretary of state for civil aviation, was elevated to become Minister in charge of the Secretariat of Civil Aviation.

Korn Savang, a monitoring coordinator with election watchdog Comfrel, said that a cabinet reshuffle was vital to ensure that it could fulfil voters’ desires, noting that some ministers made significant achievements while others were lazy.

“Although some older officials worked hard for the last decades, a reshuffle is still needed because they are old and sick. There are a lot of talented young leaders who can replace them,” Mr Savang said. “The CPP has to make a significant change after it won all 125 parliamentary seats or else the voters will not vote for them in the next mandate.” 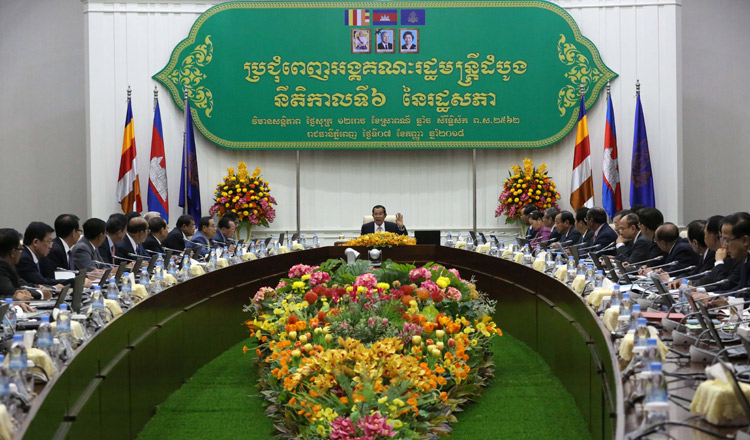 Mr Hun Sen was also congratulated by China, Ukraine and Germany for being re-elected.

In a congratulatory letter dated Thursday, Chinese Premier Li Keqiang said: “Under the strong leadership of His Excellency Hun Sen, Cambodian people have made impressive development achievements in the great cause of national construction. The Chinese side is deeply pleased to see that, and believes Hun Sen will continue to lead the Cambodian people to build a more prosperous and stronger country.”

Ukrainian Prime Minister Volodymyr Groysman and German Chancellor Angela Merkel also wrote to Mr Hun Sen on Thursday, congratulating him on his reappointment and wishing him every success in his new term of office.