King Norodom Sihamoni has legitimised the Supreme Consultative Council and appointed 30 representatives of 15 political parties as advisors to the government at the request of Prime Minister Hun Sen.

According to royal decrees issued on Thursday and Friday, the 15 political party presidents’ positions are equivalent to senior ministers while positions of 15 deputy party presidents and secretary-generals are equal to ministers.

The Supreme Consultative Council is a forum Mr Hun Sen initiated to gather input from political parties that contested July’s national poll in order to move the nation forward together after the ruling CPP swept all 125 seats in the National Assembly.

The council is tasked with submitting petitions to the Senate over draft laws adopted by the National Assembly and providing comments to the Prime Minister for any injustice or abuses by officials.

The decree on the council consists of seven chapters and 21 articles that focus mainly on its tasks and responsibilities.

The Grassroots Democratic Party, Our Motherland Party, the League for Democracy Party and the Khmer Anti-Poverty Party are not listed in the council.

The appointed 30 members of the council will be given monthly salaries under the Council of Ministers, according to an adviser to Mr Hun Sen.

Former opposition lawmaker Ou Chanrath yesterday said the council would add a burden to taxpayers and that it will not get leverage over decision-making except legitimising the new government.

“The state will need more taxes to earmark for a special budget to pay the 30 members. I think the council initiated by Prime Minister Hun Sen will be unable to perform its role effectively because we, the 55 former CNRP lawmakers, demanded change and reforms but the CPP never cared,” he said. 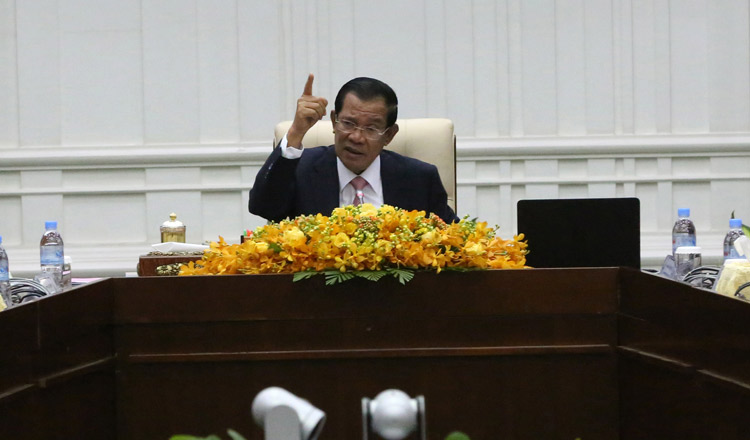 Mr Kol said it is not a good idea to offer high posts and monthly salaries to seatless political party members out of the National Budget.

“I feel regret that I pay tax to the state but it is now a part of the salary and allowance for the members of Supreme Consultative Council,” Mr Kol said. “I’d prefer giving my tax to teachers or doctors for their salaries.”

“The government opens the floor for political parties that contested July’s election to contribute their input, which will help improve law-making. Those who slam the council are just abusers,” Mr Eysan said.

Pich Sros, president of CYP and a council member, vowed to work for the country’s sake and urged the public not to misjudge the council.