Former Phnom Penh police chief General Chuon Sovann has been appointed vice chairman of the National Authority for Combating Drugs on the heels of his elevation to undersecretary of state at the Interior Ministry.

Last week, Gen Sovann retired from his position as Phnom Penh police chief and on Saturday, King Norodom Sihamoni issued a royal decree to appoint Gen Sovann as NACD vice chairman, meaning he must forfeit his undersecretary of state post at the Interior Ministry.

Gen Sovann replaces Kao Khon Dara, who was appointed as secretary of state at the Interior Ministry.

Gen Sovann became Phnom Penh police chief in 2012, when he replaced General Touch Naruth who was appointed as director of the Interior Ministry’s bodyguard department. 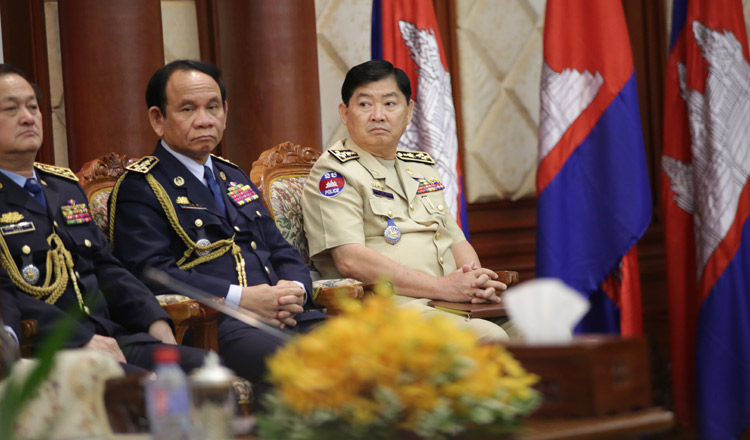 “I don’t know who will become the new Phnom Penh police chief,” he said.

San Chey, executive director of the Affiliated Network for Social Accountability, said the new government has been making many human resources adjustments.

“I think that Chuon Sovann was not active before because there were many crimes committed in the capital,” he said.