National Defence Minister General Tea Banh has defended the promotion of Lieutenant General Hun Manet as the Royal Cambodian Armed Forces’ army commander following criticism that he was only promoted because he is the son of Prime Minister Hun Sen.

Lt Gen Manet was officially promoted on Friday to replace General Meas Sophea at a ceremony at the Defence Ministry.

Gen Sophea was resigned from his position as a lawmaker following a request by the CPP and was reassigned as a senior minister. 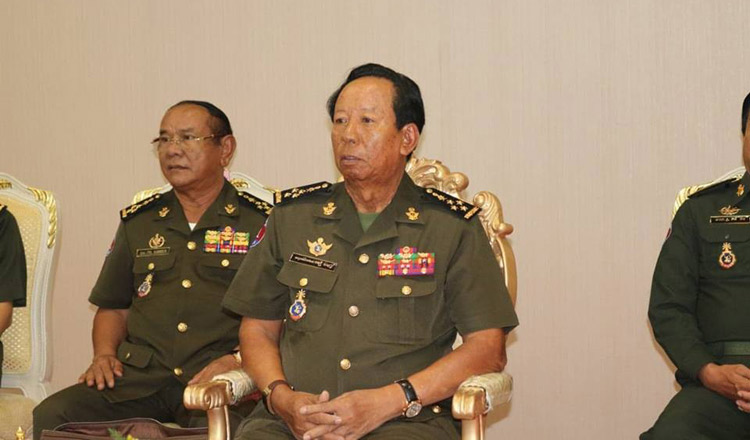 “Some people said that the promotion was because of his father’s influence, but they didn’t look at Lt Gen Hun Manet’s capacity,” Gen Banh said. “We all recognise his ability and he deserves to be army commander in charge of the infantry.”

“We wanted to enhance the army’s efficiency,” he added. “Frankly, we want someone who has a lot of energy and ability.”

Gen Banh noted that “no strings were pulled” to make the promotion happen.