In a statement, it said that the provinces of Oddar Meanchey, Preah Vihear, Kampong Thom, Banteay Meanchey, Battambang, Pursat and Kampong Chhnang will experience heavy rain throughout the week.

“These provinces will face floods again from the rain,” the statement said. “The Mekong river will also cause floods.” 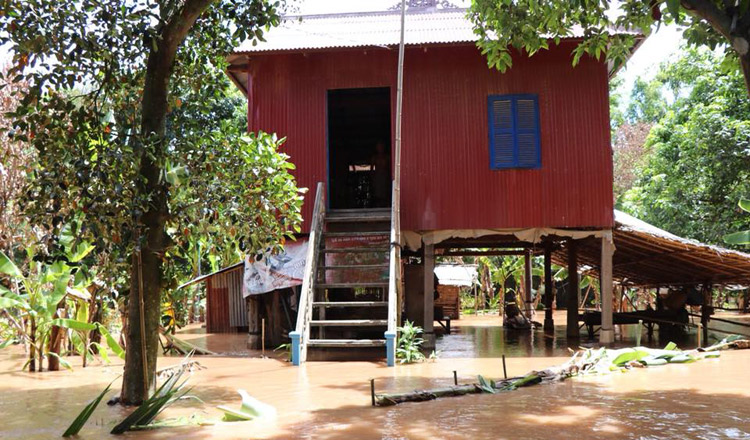 It noted that as of yesterday, the Mekong water level in Stung Treng and Kampong Cham provinces have begun to recede.

However, the ministry said that the Mekong water level in Kratie province has continued to rise.

“The water level in the Mekong river in Kratie province is at 20.79 metres,” the statement said. “While in Kampong Cham, the Mekong water level is high at 14.83 metres.”

Kampong Cham families living along the Mekong river are prone to floods due to their proximity to river banks.

In response, the government has decided to create a working group in order to find a viable solution for the families.

“Villagers and local officials need to give me an idea for a solution,” he said. “We’re looking at new locations for them to be resettled.”

In a report, the National Committee for Disaster Management said that 30 people have died in recent floods. The NCDM reported 14 deaths in Kampong Cham, ten in Prey Veng, three in Kratie, two in Stung Treng and one in Tboung Khmum.

It added that 90,000 people have been affected with more than 8,000 people displaced.

Last week, the Health Ministry also issued safety guidelines for people suffering from floods in order to avoid getting sick.

The ministry fears those affected by floods could contract dengue fever and other illnesses.

Cambodia has boosted the “Belt and Road” to a new high