The number of students who passed the national exam this year increased, while the number of Grade-A students decreased, the Education Ministry said yesterday.

The ministry announced the exam results yesterday, noting that 75,059 high school students, 66.21 percent of those who took the test, passed – an increase from the 63.84 percent who passed the exam last year.

However, the number of students who earned an A-Grade decreased, from 424 last year to just 290 this year, it added, noting that 135 of this year’s A-students hailed from Phnom Penh.

The ministry also said that 1,532 students got B-Grades, while 4,631 got C-Grades.“The reason that the number of Grade-A students decreased compared to 2017 is because the ministry has increased standards to make the exam more difficult in order to improve quality education and encourage candidates to try to study hard in order to have more knowledge,” the ministry said in a statement.

“Our goal is for students to study hard, which is not only to see more A-Grade students, but we also want students to increase their knowledge,” Education Minister Hang Chuon Naron added yesterday. “We need to be more competitive when compared to other countries in the region.” 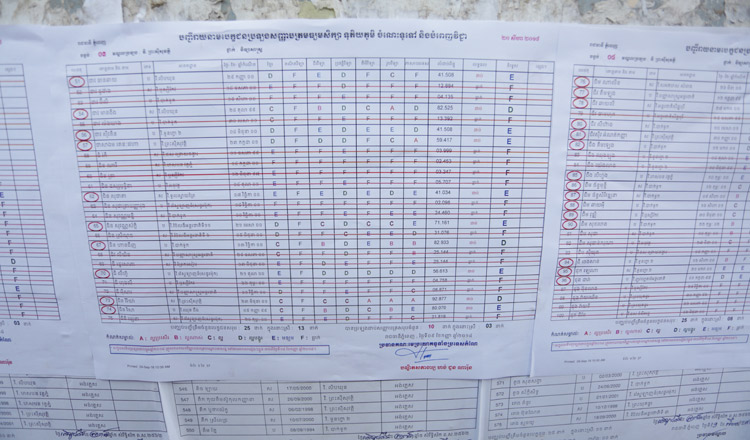 “Therefore, during the first phase of education reforms, we want students to succeed without cheating,” he noted. “During the second phase, we’ll focus more on studying hard. So those students who scored an A during this year’s exam are no ordinary students.”

Nay Dalen, a Grade-A Preah Sisowath high school student, said yesterday that she didn’t think she had it in her to succeed at first. 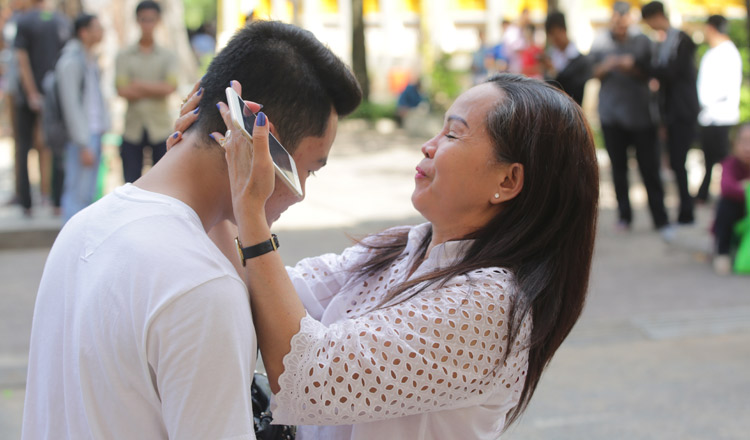 “When I was studying in school, I did not think I could get an A like this,” she said. “I studied hard from the very beginning and now I got an A. I am so happy. I will continue studying and my dream is to go to medical school.”

Dy Bosolyda, a Baktouk high school student who also scored an A, said yesterday that she was satisfied with her performance during the exam.

“Ever since I started school, I have always studied hard. The ministry making the exam stricter just motivated me to work harder,” Ms Bosolyda said. “I think it is good that the ministry did what they did because it justifies our effort.” 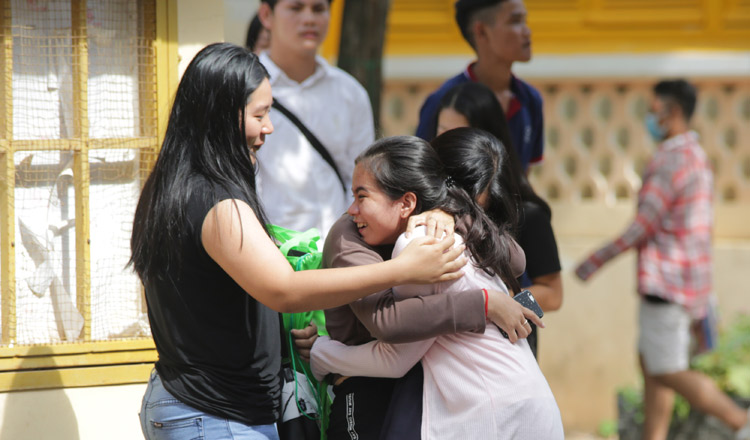 The Education Ministry said yesterday that 17 students automatically failed due to failure to comply with ministry guidelines.

The ministry said the students failed to keep contraband out of their respective examination halls.

The ministry noted that 20 exam officials also failed to comply with the guidelines by bringing cell phones into classrooms.

A total of 115,268 students sat for the exam, while 1,903 were absent, in thousands of examination halls across the country.