Authorities in Kandal province on Saturday seized more than 100 crates of counterfeit Ruaypuan snacks imported from Vietnam and suspected to contain harmful chemicals.

Border checkpoint police chief Moung Dara yesterday said that the large consignment was smuggled in by several boats, which bypassed the checkpoint, from Vietnam in Koh Thom district.

“The products include jelly and packed snacks and they are suspected to contain harmful chemicals,” he said. “Based on a complaint from the brand’s copyright owner, we conducted a raid and found a large consignment of the fake products.” 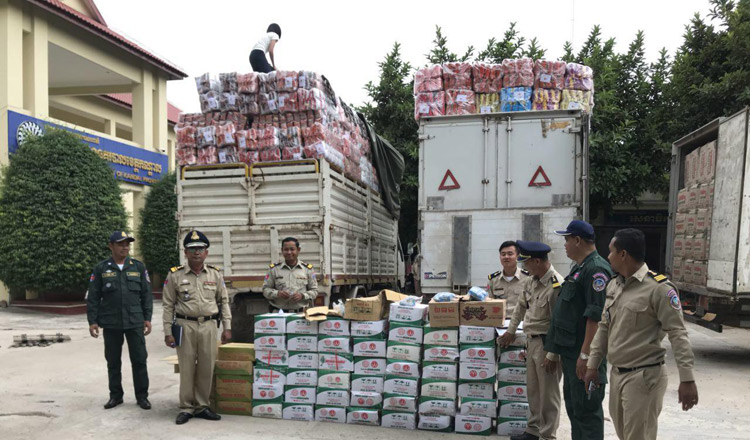 “The products were smuggled in stages by small boats to be ferried by a truck when our officers intervened,” he added.

Mr Dara declined to say who was responsible for bringing the fake goods or who they belonged to.

However, according to local media the owner of the products is Sron Chanthy, 44, who imported the products from Vietnam for wholesale.

Tin Sochetra, a spokesman for Kandal Provincial Court, who also took part in the operation, said that the case is still being investigated by provincial police.

“We need to wait for action from the provincial police first. I think right now they are still working on it before sending the case to the provincial court,” he said. 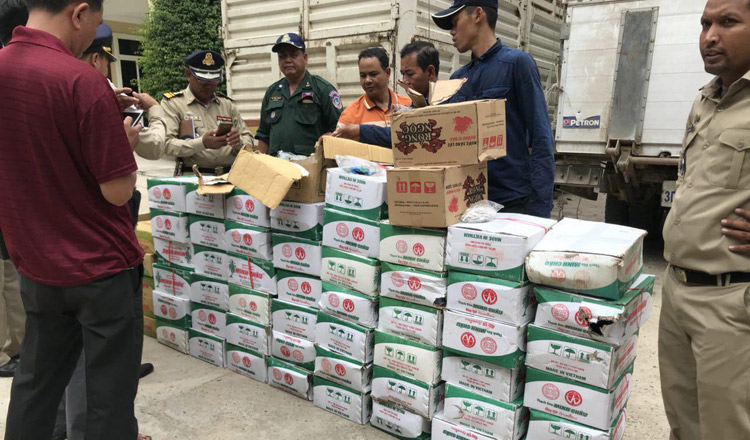 Seng Kimhorn, the provincial anti-economic crime police chief, could not be reached for comment.

According to a provincial police report, the fake products seized carried the Ruaypuan label. It said police seized 168 cases of the snack and 61 cases of coconut jelly.

Provincial police chief Major General Eav Chamroeun wrote on his Facebook that the seizure was made following a complaint from the Chip Mong Group, which has the exclusive rights to import Ruaypuan products.

Maj Gen Chamroeun added that police are waiting for test results before deciding on what further action to take.