The Cambodian Labour Confederation yesterday said that it will propose $211.94 to be the new minimum wage for garment workers during this month’s negotiations.

CLC made the announcement after a meeting between various unions which touched upon criteria that included cost of living, inflation, productivity, competitiveness and profitability.

CLC president Ath Thorn said after the meeting that the proposed figure will be presented to stakeholders during labour negotiations on Monday, noting most who attended the meeting were satisfied with the figure.

“Workers and unions are pleased to follow up and keep an eye on this process,” he said.

National Trade Union Coalition president Far Saly said yesterday that $211.94 is a reasonable figure to put forth during negotiations, noting that the figure leaves a lot of room for compromise.

“We think that the figure is good and that all unions can agree on it,” he said. “And as for the criteria, we considered it after the Labour Ministry told us to.” 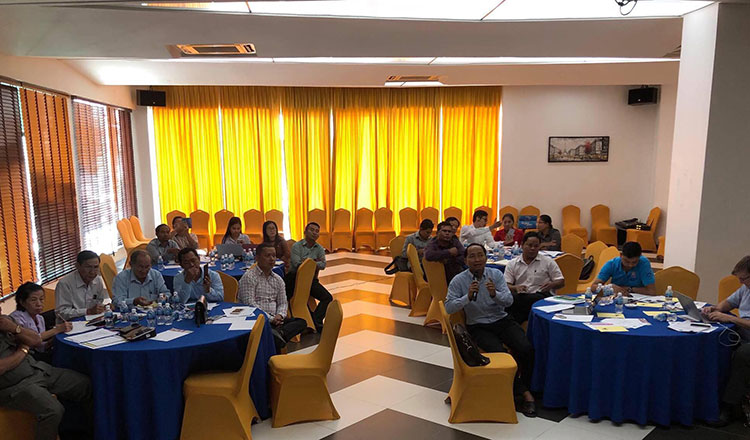 Government officials, employers and unions are expected to come up with an agreed figure for 2019’s minimum wage before then.

“Members will continue to meet and raise issues of family, inflation, spending and other criteria for the LAC to make a final decision,” it said.

Earlier this week, Labour Minister Ith Samheng said that all sides need to come to an understanding and come up with a reasonable minimum wage increase. He urged workers to be patient.

“The workers will know as soon as the LAC is done with the negotiations,” Mr Samheng said.

Last week, Prime Minister Hun Sen said that an unreasonable increase to the minimum wage could drive companies to bankruptcy and out of the country.

“Employers won’t stay if the price of labour is expensive,” Mr Hun Sen said. “Please don’t kill the hen, keep it for the eggs.”