The National Police has formed a working group, led by deputy National Police chief General Thong Lim, to enhance security in Preah Sihanouk province, where a spike in crime has followed an influx of Chinese residents.

Details of the move were set out in a letter from the National Police last month,signed by its chief General Neth Savoeun.

The letter said the group’s duties are to enhance security in the province, check and evaluate the security situation, and maintain social order and safety. It added that the group could also deploy provincial police.

Provincial police chief Major General Chuon Narin said the working group was first created in 2015 but has now been updated.

“This is an old working group, but it has new members,” he said, adding that some members had retired and some had been promoted or moved to a new department. “Over here, there is no serious issue. We can control it.”

National Police spokesman General Kirth Chantharith said they formed the group to help the province because the number of foreign investors has been increasing, noting that a spike in crimes committed by Chinese has followed. 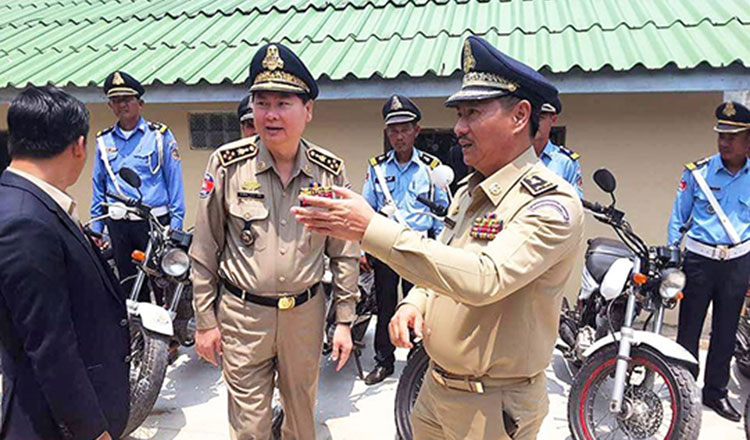 “We are not sending more forces there,” Gen Chantharith noted. “We just sent officials who are at commander-level positions to help and watch the situation, and give advice and ideas to the province.”

He added that the working group would help organise an action plan to maintain security in the province.

The National Police has also given approval for the provincial police to recruit 100 more officers to increase their presence in the province.

According to a report by the provincial administration, up to 70 percent of investments in the province come from China.

In 2017, Preah Sihanouk province welcomed nearly two million tourists, including 470,000 foreigners, according to Mr Chantharith. Of the total number of foreign arrivals, nearly 120,000 were Chinese, an increase of 126 percent year-on-year.

In February, amid mounting concern among Cambodians over the bad influence of Chinese immigrants, Chinese Ambassador to Cambodia Xiong Bo said his nation stood in solidarity with Cambodian authorities who caught Chinese nationals committing crimes.

Preah Sihanouk provincial Governor Yun Min said at the time that he was working with the Chinese embassy to curb crimes being committed by Chinese nationals.

According to an Interior Ministry report, 1,133 Chinese nationals, including 222 women, were deported to China for offences related to cybercrime from 2011 to 2017.