Has Bunthy, provincial labour department chief, yesterday denied the allegation and said that it was fake news.

“No worker was fired like what the media has been saying,” Mr Bunthy said. “Un Samoly resigned, she did not get fired. She and the owner of the factory came to an agreement.”

He noted that Ms Samoly was underage and that she used someone else’s identity to secure her job at You Li International.

“It was leaked when she went to apply for social security and officials found out that she’s really underage,” he said. “So the owner called her and confronted her about it.” 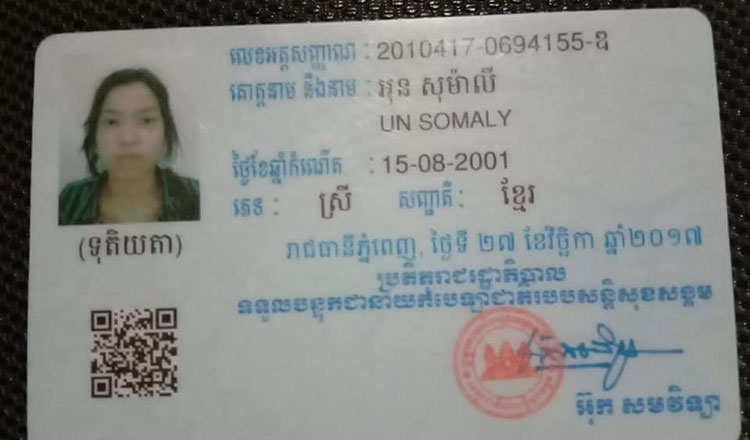 “The factory asked her to stop working until she has given birth and until she has reached the age of 18,” he added. “The company said they would be happy to rehire her.”

A Unionweb staffer who declined to be named said that the information received was disseminated by a Collective Union of Movement of Workers union officer on Facebook.

Hab Lout, deputy chief of the Collective Union of Movement of Workers in the province, could not be reached for comment yesterday.

You Li International representatives and Ms Somaly also could not be reached for comment.