The first elderly care training centre in the country has opened to train Cambodian labourers for jobs in Japan.

The Cambodia Institute of Japanese Technology in Sen Sok district’s Phnom Penh Thmey commune has opened and will train 160 workers in its first semester.

Ishikori Eiichi, director of the institute, said the 160 workers will study for two years before landing jobs in Japan to take care of its ballooning population of seniors.

Samedy Sivathana, undersecretary of state at the Ministry of Education, said elderly care is an important subject to introduce in Cambodia, noting the country’s population of seniors is set to grow by seven percent in the next 20 years.

“The teachers are from Japan and are specialists,” he said. “They can train our workers with standards.” 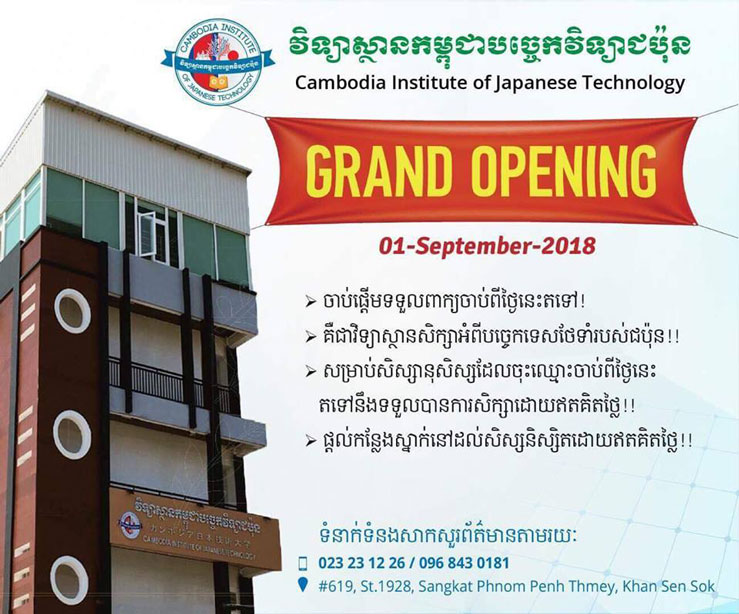 According to Agence Kampuchea Presse, there will be nearly two million elderly people in Cambodia by 2030, while the total population will increase to about 18.1 million.

He said that Japan has spent about $3 million building the centre to train Cambodian nurses on how to take care of the elderly before they are sent to Japan.

Mr Samheng said the centre is a first for Cambodia.

“Nurses specialising in taking care of older people are not only for Japan, but will also be valuable in Cambodia for our own elderly,” he said.