Malaysian Police yesterday rescued 23 Cambodian workers believed to be victims of exploitation at a plantation in the state of Kedah.

Mior Faridalatrash Wahid, a senior anti-human trafficking police officer, was quoted by The Star Online saying that a rescue operation was conducted at two farm houses at 12.15am yesterday.

“We rescued 23 Cambodians, aged between five and 30, from the plantation. They were found with no working permits nor valid travel documents,” Mr Wahid said.

He noted police are questioning a 46-year-old man who admitted to employing the workers to plant and harvest ketum leaves.

Police also seized more than one kilogram of ketum leaves worth about $5,000 in 205 plastic parcels, he noted.

“Our investigation showed that the ketum plantation had been operating in the village for six months and the leaves were sold to neighbouring countries,” Mr Wahid added. 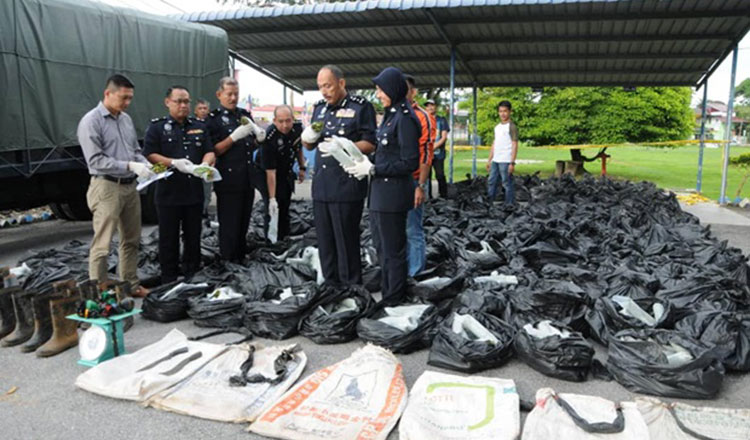 He said there might be other migrants working on different plantations across the state and that police will continue to monitor plantation areas.

“We will continue to monitor such activities and rescue exploited migrants,” Mr Wahid said.

Moeun Tola, director of the labour rights group Central, said yesterday that migrant workers do not need to resort to questionable employment agents in order to secure a job overseas.

Mr Tola said that even though the practice of working overseas has been made simple, many still rely on employment agents.

“They can either do it the legal way or do it the illegal way,” he said. “But the latter would make them susceptible to labour exploitation.”

Foreign Affairs Ministry spokesman Ket Sophann could not be reached for comment yesterday.

According to a report by the Ministry of Foreign Affairs, about 1,000 Cambodian workers were repatriated last year.