Four construction workers died and another was injured yesterday when an elevator crashed at their hotel construction site in Pailin province’s Sala Krao district.

Meas Sokhom, section chief with the district police, said three workers died instantly and two others were injured and sent to hospital in Battambang province.

“It happened at about 7.15am. There were five people in the accident and three of them were killed instantly and the other two were brought to the hospital,” he said. “The cause of the accident was that the cable was severed after the elevator was overloaded with ceiling sheets and sand, along with five people.”

Vorn Dara, a provincial police officer, said one of the two people sent to the Battambang hospital was pronounced dead at the hospital.

Mr Dara said the hotel project is 12 stories high and the cable for the elevator snapped at about the sixth floor.

“We haven’t completed autopsies yet,” he said. “And we are also looking into the evidence involved, like the cable and motor used for the elevator. We have not charged anyone yet.”

“Right now, we are working with a prosecutor and the owner of the site, who we ordered to close operations,” he added. “It is truly an accident and the preliminary conclusion of the cause is the overloaded weight because the ceiling sheets were put in along with people.”

Mr Kimsean denied to reveal the owner of the construction site, noting the investigation is ongoing.

“I don’t dare to say who is the owner now, or whether it is Chinese or Cambodian,” he said. 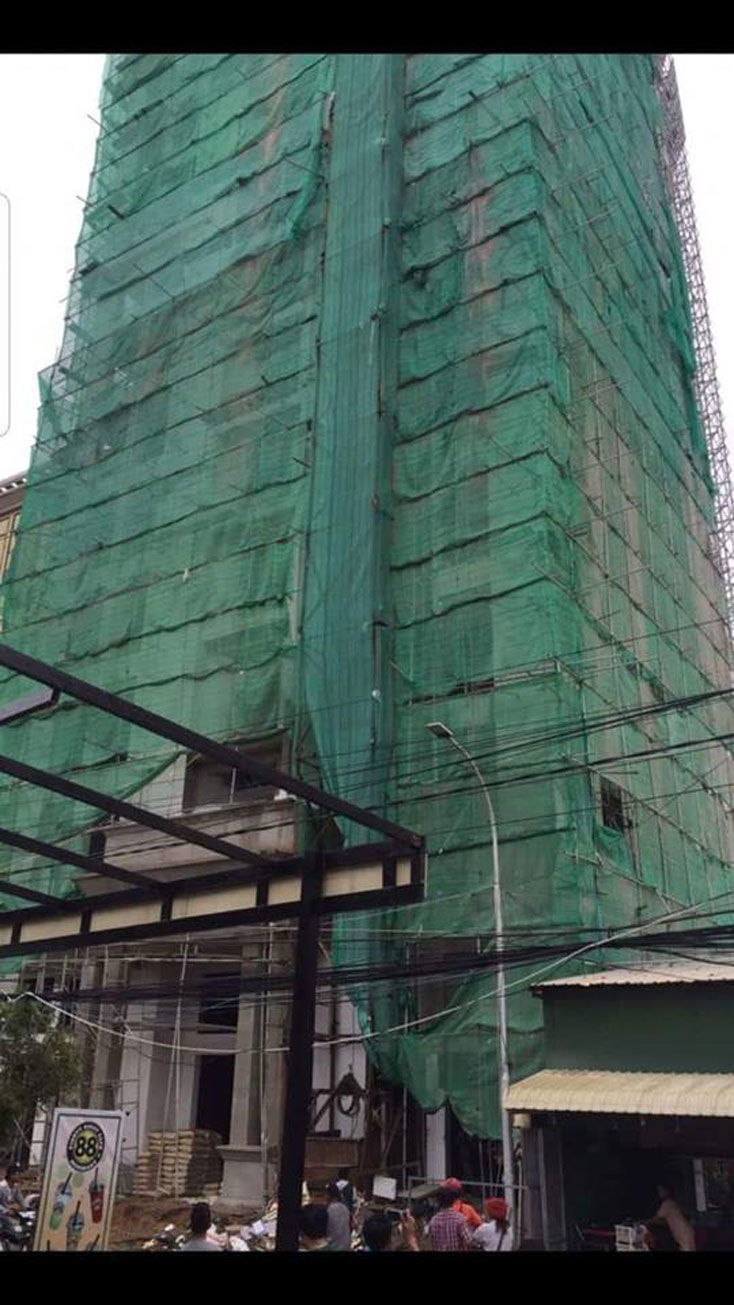 Construction sites in the capital and provinces are notoriously unregulated and dangerous, with workers often falling from high-rises and plummeting to their deaths.

In July, two construction workers died and five others were seriously injured after concrete frames collapsed and fell from the 23rd floor of the Mekong View Tower 6 construction site in Phnom Penh’s Chroy Changva district.

There are about 200,000 construction workers in the country, according government statistics. Many face informal employment and are paid about $7.50 per day.