Home - About 6,000 foreigners deported so far this year

About 6,000 foreigners deported so far this year

The General Immigration Department yesterday said it has deported 6,000 foreign nationals from 26 different countries so far this year.

GID director General Sok Phal said yesterday that some of the foreign nationals were illegally residing in Cambodia and others had committed crimes.

Gen Phal noted that since 2014, Cambodia has deported about 15,000 foreign nationals from 91 different countries.

Lieutenant General Uk Heisela, a GID director in charge of the investigations department, said yesterday that figures show a decrease in foreigners residing illegally in the country.

“This is because we have continually cracked down on illegal migration,” Lt Gen Heisela said, noting that most of the 6,000 deported were from Vietnam, China, Nigeria and European Union countries.

He added that the GID will continue to work with other law enforcement agencies in order to deport those who overstay their visas. 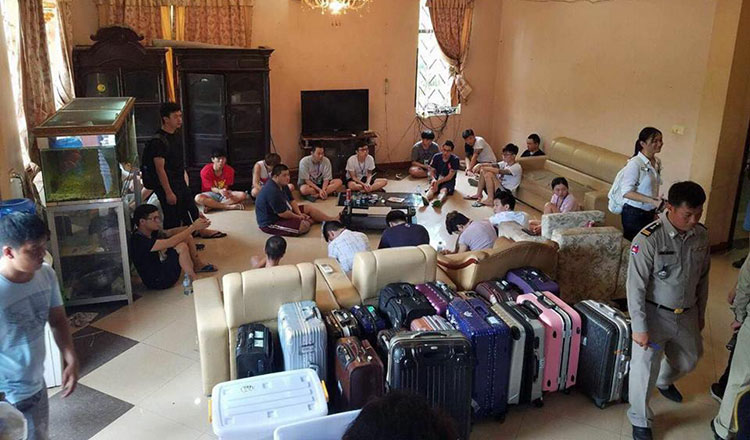 “We will continue to crack down on foreigners who commit crimes,” Lt Gen Heisela said.

Gen Phal noted that foreign nationals must have legal documentation in order to stay in the country.

“The GID cooperated with the Labour Ministry to monitor the distribution of work permits for foreigners,” he said. “Foreign workers must have passports and work permits.”

The Interior Ministry reported that in 2017, 32,512 foreigners from 93 countries worked in Cambodia.

Chan Ean, an undersecretary at the ministry, said that last year’s trend cannot be repeated this year.

“All immigration police officials must work hard and carry out their duties to manage foreigners in the country,” Mr Ean said. “Especially those who do not have documents.”