The call was made during a workshop on “The Implementation of Montreal Protocol on Substances that Deplete the Ozone Layer in Cambodia” held at the ministry.

At the workshop, Eang Sophalleth, a ministry undersecretary of state, raised concern that humans have been regularly using agricultural chemicals and equipment without knowing that they harm the ozone layer.

“I would like to encourage Cambodian youths with the required know-how to create substitutes to the harmful substances,” he said. “They can jointly work with other specialists in order to protect the ozone layer, atmosphere and our planet’s biodiversity.” 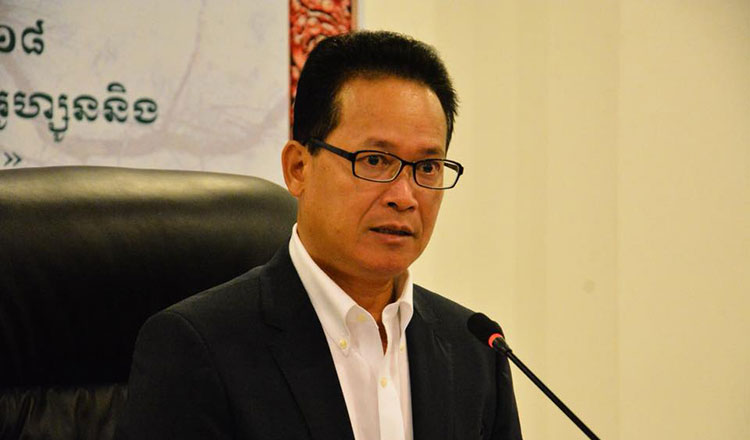 Heng Nareth, the director-general of the ministry’s environmental protection department, said yesterday that Cambodia imports and uses the least amount of substances that deplete the ozone layer compared to other countries.

He also said that the Kingdom also does not produce substances which harm the layer and that there is only limited use of refrigerators and air conditioners which contain gases that cause harm to the atmosphere.

“The number of people in the country using these products is very small,” he said. “This is partly due to the majority of people living simpler lives and also the price of electricity.”

Mr Nareth said that the ministry’s efforts to reduce the spread of ozone-depleting substances includes cooperation with the customs department to block the import of any equipment that contains Chlorofluorocarbons, which harm the layer.