Anti-drug police in Takeo province on Sunday arrested a drug dealer and seized more than half a kilo of crystal methamphetamine in Tramkak district.

He said the suspect was arrested on Sunday after the anti-drug forces raided his house in Tramkak district. 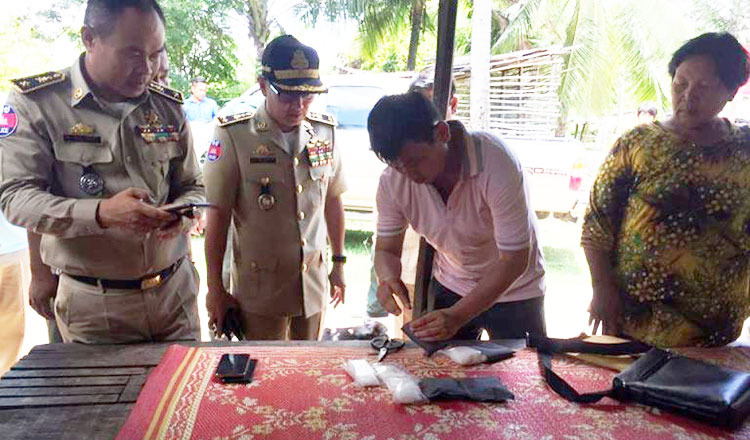 After his arrest, police seized 26 packages of crystal methamphetamine weighing 503 grams, one drug scale, a Toyota car, and other drug materials.

He noted that the suspect is accused of drug trafficking and is still being questioned by police.

The suspect will be sent to Takeo Provincial Court for questioning today, he added.