Lieutenant Colonel Sok Sophal, deputy provincial military police commander, said yesterday that the 11 were arrested at 12.30am during a raid at the Ai Tai Cheayin nightclub.

He noted that police had kept an eye on drug activities at the nightclub for several weeks before launching the raid.

Lt Col Sophal said that officers disguised as customers visited the nightclub on Saturday night and saw the 11 suspects entering and buying drugs.

Keang Sunteakor, the provincial court deputy prosecutor who led the raid, could not be reached for comment yesterday. 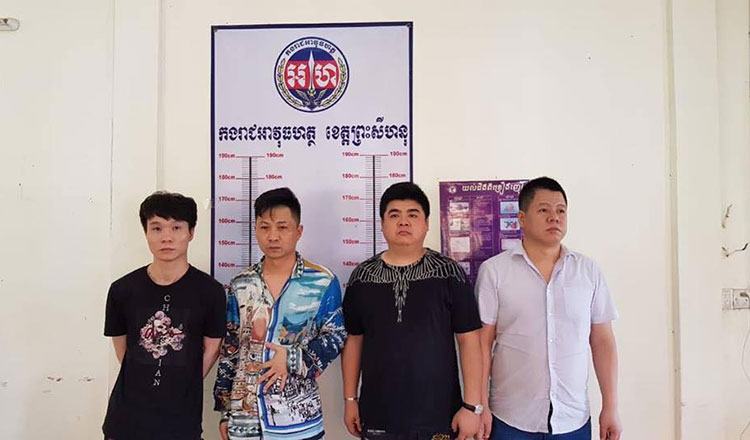 However, a court clerk said that the prosecutor has charged the 11 with drug use and trafficking.

He did not release their names, but noted they are still being questioned by the investigating judge.