PRIME Minister Hun Sen has requested King Norodom Sihamoni to approve the promotion of three senior National Police officers and the retirement of ten other police officials, according to two letters signed by Mr Hun Sen. 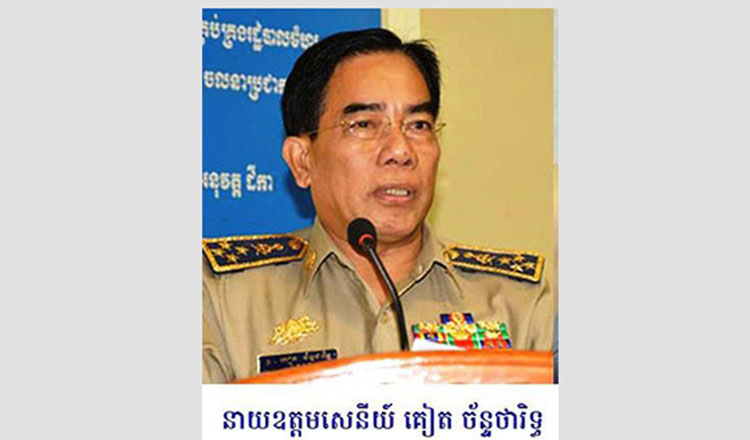 General Mao Chandara, director-general of the General Identification Department, said yesterday that the decision for him to retire was made due to his age.

“I am reaching the retirement age now, how can I comment? It’s the law,” Gen Chandara said.

Gen Sokhorn said yesterday that he was not aware of the promotion.

San Chey, executive director of Affiliated Network for Social Accountability, said yesterday that he hopes the new leadership will continue to improve the nation’s bureaucratic efficiency.

“We are interested in the new leadership at the identification and immigration departments because there was public doubt,” Mr Chey said. “We are hoping that the new officials will make the departments more transparent.”

A bridge collapses in Stung Treng