Prey Veng provincial officials yesterday warned residents that water levels of the Mekong river under the Neak Loeung bridge are continuing to rise.

Provincial Governor Chea Somethy said yesterday that residents should continue to be cautious, noting that the water is close to reaching the danger zone of 7.5 metres.

Mr Somethy said residents should consider evacuating their homes in case the situation on the ground takes a turn for the worse.

“All authorities and related institutions are ready to intervene in case the floods come,” he said.

Meanwhile, in Kampong Cham province officials on Saturday said a river bank collapsed, leading to some residents being affected by floods. 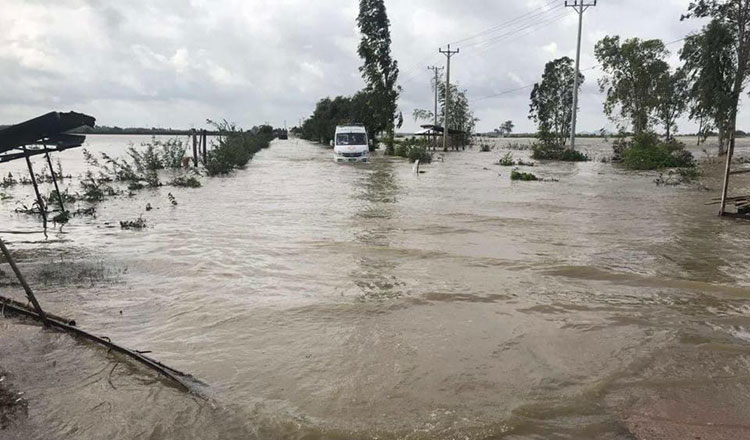 The Water Resources Ministry said yesterday that the Mekong river in Stung Treng province is reaching a high of 10.37 metres, just a few centimetres shy of the danger zone.

The country has seen its share of the floods caused by heavy rain over the past two months.

The National Committee for Disaster Management said in a report that a total of 30 people have died in various provinces across the country.

Floods have displaced thousands of families and damaged nearly 9,000 hectares of crops.