Curtain comes down as kingdom shines

The curtain came down yesterday on the 2018 Jakarta-Palembang Asian Games – a competition which will be long remembered in Cambodia as the nation’s most successful Asian Games in history.

Saly claimed his gold medal in the ski modified event. Based on accumulated points of four rounds, he saw off Thai duo Teeraprateep Kasidit and Pupakdee Nuttakorin who were awarded silver and bronze respectively. He won a further bronze in the Runabout 1100 Stock with Thai riders Attapon Kunsa and Phadit Buree capturing the top two spots.

Speaking on the Cambodian Olympic Committee’s official channel, Saly said the reality of what he had achieved in Jakarta was beginning to dawn on him.

“Now my feeling is very relaxed because I did my job and got a gold and a bronze, he said. “For the Asian games, my plan was to get two golds and a silver or bronze [like in the USA]. But I’m sorry I couldn’t do it here. But I am happy to get a bronze and a gold for Cambodia.”

Nos Sles, undersecretary of state at the Ministry of Education, Youth and Sport, and President of the Cambodian Watercraft Federation, expressed his pride after history was made in Jakarta. Speaking to journalists upon his return to Cambodia last week, Mr. Sles noted that preparations made it possible for Saly to come out on top in the games.

“Before the Asian Games, we have been preparing for more than a year,” he said. “Our medals both gold and bronze are a great success.” 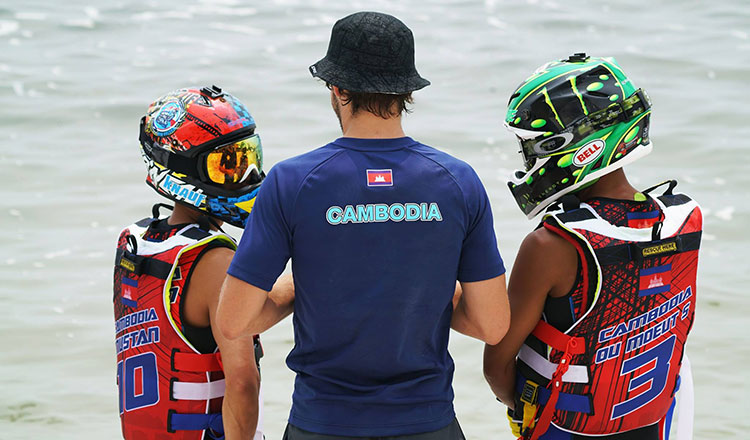 Both Jet Ski and Ju Jitsu were making their debut at the Games.

A government sub-decree on rewarding athletes competing and winning competitions internationally should see the winners collect a significant windfall. A gold medal winner can expect $20,000, a silver nets $10,000, while a bronze is rewarded with $6,000.

With 2014 gold medallist and fan favourite Sorn Seavmey hurtling out of the Taekwondo competition, it had looked like Cambodia would be going home empty handed.

Cambodia’s medal tally of three – two gold and a bronze – is their best performance in the Asiad in their 64-year participation. As of press time, they finished in 24th sandwiched between Jordan and Saudi Arabia, For hosts Indonesia, their medal tally was a great source of pride.

At the close of competition, Indonesia tallied 98 medals, comprised of 31 golds, 24 silvers and 43 bronzes.

Imam Nahrawi, Indonesian Youth and Sport Minister, as quoted by Xinhua said that Indonesia had secured the most medals ever by Southeast Asian nations.

Going into the competition, they had targeted 16 to 20 gold medals. Indonesia ranked fourth in the overall medals table.

Japanese swimmer Rikako Ikee was named the Most Valuable Player (MVP) of the Games here on Sunday after winning 6 gold and 2 silver medals.

Pressure on United to get on track