A police statement said the raids were conducted on the three nightclubs: Gold Town Club in Serey Sophoan, and Lakfira and Touch Town Club in Poipet.

It added that a number of drugs and drug paraphernalia were confiscated, though it did not disclose how many people were arrested and what drugs were distributed. A Serey Sophoan police officer said yesterday that the raid took officers four hours, noting that they were led by provincial police chief Major General Ath Khem. He added that the raid was conducted following a joint investigation by provincial and city police.

A Poipet police officer said that he participated in both raids.

“I took part in the operation and there were two nightclubs [in Poipet] that we raided,” he said. “About ten people were arrested and my colleagues said that they were sent to the anti-drug office to have their urine tested.” 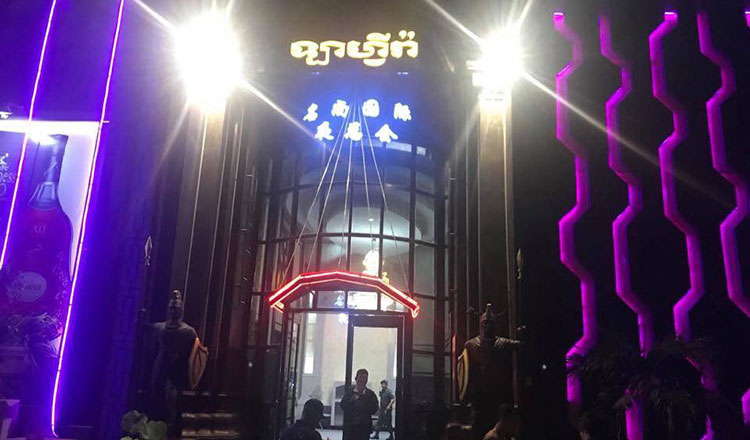 He could not identify the types of drugs that were confiscated, but noted that most of the users were Chinese nationals.

Maj Gen Khem, the officer who lead the raids, said police are still working on the case.

“We are still working on it and we are investigating further,” he said.