Angkor Tiger sensationally came back from a 3-0 deficit in the first leg of their quarter-final to dump Phnom Penh Crown out of the competition on penalties. National Police Commissary had no trouble in getting past National Football Academy Under-18s registering a 9-1 aggregate victory. In the other quarter-finals, NagaWorld narrowly defeated Boeung Ket in their quarter final fixture, while Army squeezed past defending champions Preah Khan Reach Svay Rieng.

Meas Channa, Naga’s respected head coach, revealed that injuries and fatigue mean he is forced to fill some gaps in the team with some young and inexperienced players.

“It’s worrisome that many players are sick and even suspended,” he told the CNCC. The coach added that he felt the youngsters could however do a good job when called upon.

“Whether we meet in the league or in the cup the tension is always high, said the former Cambodian national team captain. “It’s never really easy against them [Army]. The match is a very important game. I believe we are very similar teams in that on our day either of us could win. I think a combination of good play and good luck will see one of us through to the final.” 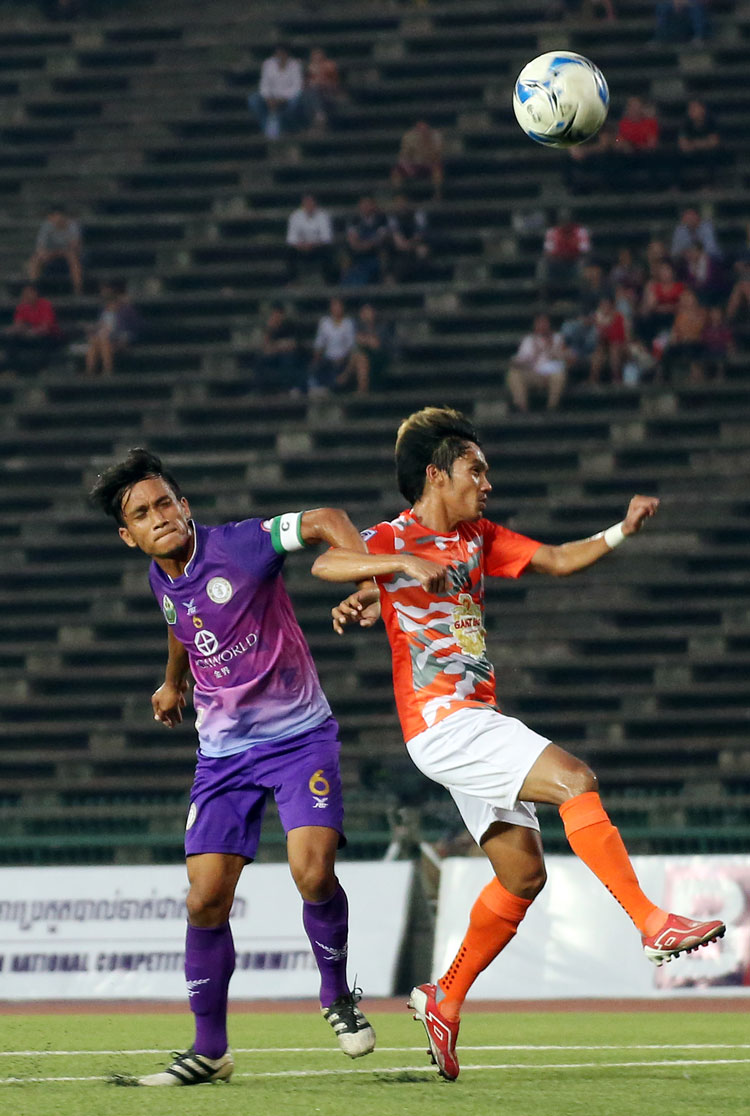 Sokumpheak also said his team were well aware that the semi-finals will be played over just one match and not the two legs used in previous rounds – and therefore needed to ensure a good performance come Saturday.

Naga will go into the game as league leaders and favourites having defeating Army in the league already this season.

The Hun Sen Cup, short for the Samdech Akkak Moha Sena Pedey Decho Hun Sen Cup, debuted in 2007 and has since been played annually. The inaugural competition was won by Khemara Keila, with Preah Khan Reach Svay Rieng the most successful side in the tournament’s short history with four cup wins.

In last year’s final, PKR were in no mood for niceties as they ended their season on a high with a 3-0 thrashing of NagaWorld. Sok Samnang struck a fine double in a first-half dominated by coach Vandeth Sam’s men, sending PKR into the half-time break with a comfortable lead. A Hoy Phallin thunderbolt midway through the second half killed off any chance of an unlikely Naga fightback and handing PKR a fourth domestic cup.

Allardyce lashes out at FA over press