Travelling and studying abroad will help students learn the cultures, lifestyles of other races, as well as gain and practice soft and hard skills from people around the globe.

Ngorn Moi, deputy director of Information Technology Centre at Royal University of Phnom Penh, shared his experiences in studying in Europe where he had met many people from different countries. He said that through building connections and friendships with other people, he learned to welcome and accept cultural differences.

“With the other international students, we play and travel together and establish deep friendships along the way. We also kept in touch now that we have come back to our own countries. My relationship with the western students are really good. I learned so much from them, like the western lifestyle. Studying abroad make us gain many wonderful things that will benefit us more than we ever know,” said Mr Moi.

With all the experiences and knowledge he gained abroad, Mr Moi came back equipped enough to become expert in his chosen field. He shared that he realised that Cambodia still has a long way to in terms of technological advancements. He said that technology plays a very significant role in Cambodian people’s lives, and that improving it will benefit the people and the economy of the kingdom.

“For two years now, I am helping the Ministry of Education in testing and strengthening the capacity of an online exam system for Grade 12 students. This year, we helped create the application for the students, which they had downloaded in their Android and IOS devices. The app (MoEYS App Scan), contains functions that help students get information about Chemistry, Physics, Biography and other subjects.” 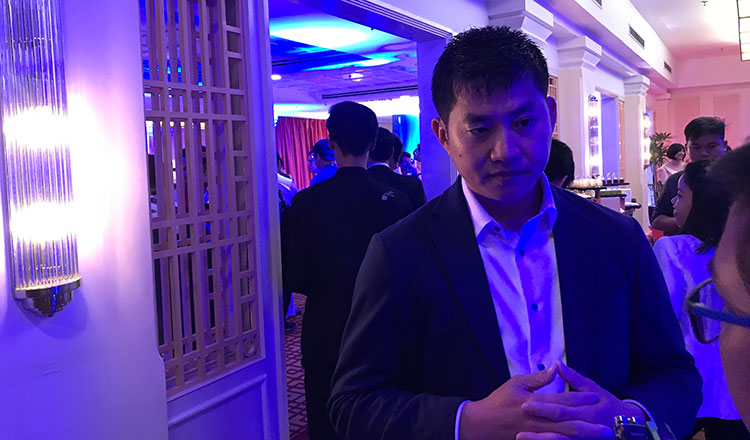 Mr Moi continued, “So when student use this app, they will just scan it into the book, then videos will appear to explain specific pointers on the subject. It also has a function that teachers students how to do good in exams. Videos on Math and Khmer Literature are available for them to check.”

From Kampong Cham province, Mr Moi said that he just used to stay in a pagoda and never thought that he would have the chance to study abroad.

He said that for students who want to achieve the same things, they must have direct communication with former scholars and get information on the scholarship programmes and the living standards in the foreign country they where they dream to study.

“Before applying for scholarships, people should be clear in their heart and ask themselves what they want to be, so then they should apply for subjects that they want, and strengthen their English speaking proficiency. Applicants should check on the specific requirements and documents needed for the scholarships. With the modern technology, students can easily find information,” Mr Moi said.

Considering the fact that living and studying in a foreign land – especially if the language and cultures are widely different from yours – one must always be true to what he or she really wants to get and achieve. It is important to have a clear goal, a clear path to take so you won’t get lost in the process.

Mr Moi was first granted a scholarship in 2009 and taught in Turkey for three months. In 2011, he applied for a two-year master’s degree in Romania. This year, he will be taking his three-year doctorate degree also in Romania. All three scholarships were sponsored by EU’s Erasmus+ programme.