Following an outbreak of bird flu in Tboung Khmum province last week, provincial and ministry officials are warning villagers to be cautious and aware that the virus could be transmitted to humans.

Mr Piseth said the outbreak prompted authorities to burn 70 chickens and their cages, along with spraying antiseptic in the house where the outbreak occurred.

Chicken waste and other materials used to feed the chickens were also destroyed, he added.

“Our officials will continue to monitor and spray antiseptic two to three times a day,” Mr Piseth said. “In addition, we will follow up for another month and call experts to continuously check back to prevent the case from happening in the area again.”

Provincial health department director Keo Vannak said yesterday that the outbreak was contained without spreading the infection to humans.

He noted that health officials tasked with monitoring the flu must protect themselves while they educate and distribute leaflets to people living in the area.

“Since the information about the outbreak reached me, we have gone to educate villagers on the dangers of bird flu,” he said. “We also have a working team checking people’s health.” 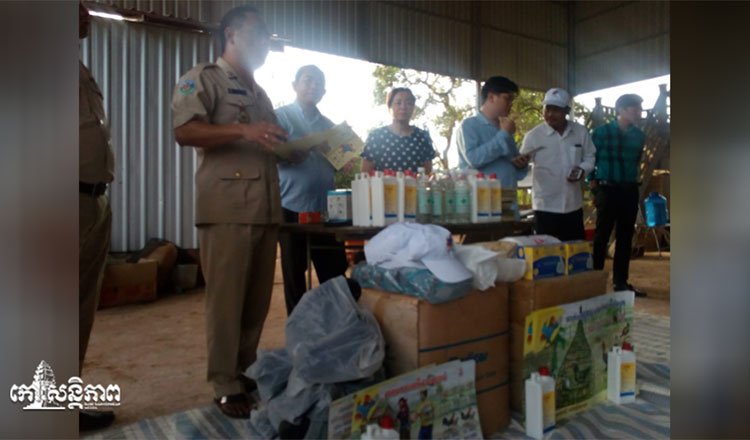 Health Ministry spokesman Ly Sovann said yesterday that although there were no human infections, health officials must continue to monitor the area.

Mr Sovann, who is also the director of the ministry’s department of communicable disease control, said that symptoms usually occur 14 days after contracting the virus.

“Everyone please be careful about bird flu because we don’t yet have the capability to eradicate it,” he said. “So when you see a sick duck or chicken, please don’t sell it to other people.

“We have to burn the bird or bury the bird and quickly report the incident to your nearest health official.”

In late 2017 and early 2018, cases of bird flu were found in Phnom Penh, Kampong Cham and Kampong Thom. 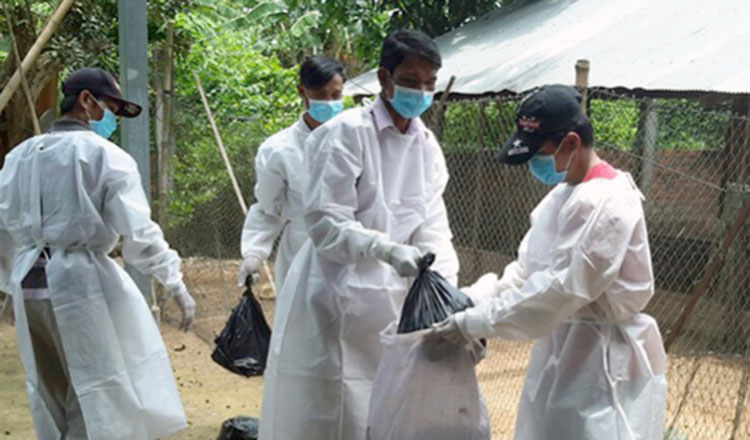 The communicable disease control department said between 2005 and 2014, there were 56 cases of bird flu in humans. A total of 37 people died.