India expanding ties with the Kingdom

India will grant funding for small development projects in the Kingdom and has pledged to continue its support for the restoration of the Ta Prohm and Preah Vihear temples.

The fund was announced in the bilateral meeting between Foreign Minister Prak Sokhonn and India’s Minister of External Affairs Sushma Swaraj yesterday when they agreed to the aid.

“She [Ms Swaraj] requested our relevant ministries to write proposals and get projects for health, environment and agriculture,” he said.

Mr Sophann said that India will fund ten projects every year, earmarking $50,000 for each one. 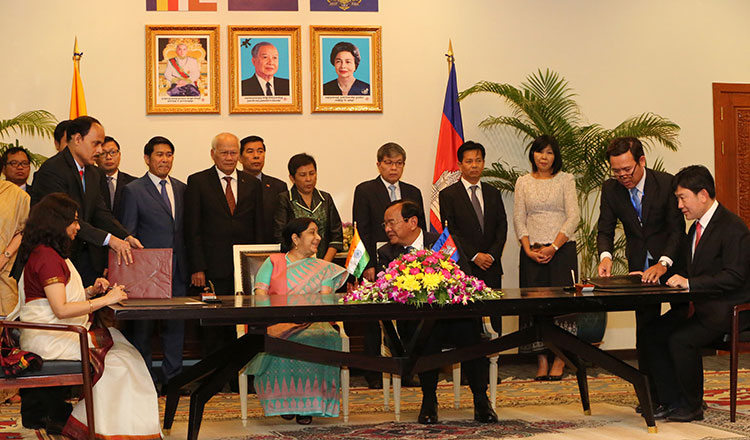 India will send experts and equipment for the restoration and conservation work on the temples, he added.

He said that after completing studies, India will confirm how much aid will be granted to restore the temples.

According to Mr Sophann, Ms Swaraj also confirmed that a scholarship programme for Cambodian students to study archaeology in India will continue.

Ms Swaraj also congratulated the government on the successful national election and expressed support for the Supreme Consultative Council, formed by Prime Minister Hun Sen to gather input from all parties that contested the poll.