Maj Sok Heng said the suspect was arrested after failing to stop at a police checkpoint along the border.

He said that at about 7.30pm on Tuesday, Mr Choeun was riding a motorbike in O’Sampor commune when police hailed him at the checkpoint. Maj Sok Heng noted that the suspect sped off and police on motorbikes and a car gave chase and caught him about 20 minutes later.

“He is the leader of a drug-dealing gang who regularly delivers drugs for sale to users in  Malai district,”  he said. “He was arrested when police found he was transporting drugs.” 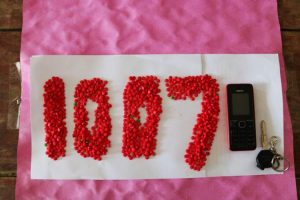 Maj Sok Heng said police seized 1,007 tablets of crystal methamphetamine weighing nearly half a kilo, the motorbike and a phone from the suspect.