Lt Gen Vanthoeun said officers found many fake products at the house, which was stocking, packing and also producing the merchandise. 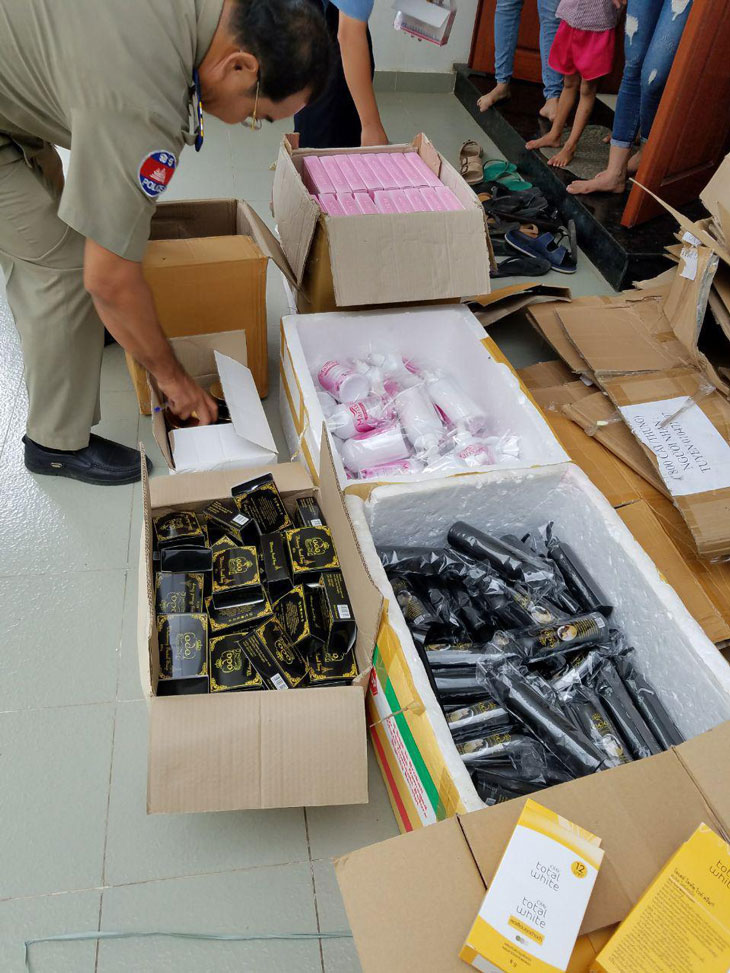 “Police found creams, lipsticks and shampoo,” he said. “In total, we seized 4.5 tonnes and most of them are fake products.”

And on Sunday, anti-economic crime police raided a warehouse storing illegally produced cosmetics and detained its Chinese owner after seizing about five tonnes of products in Por Senchey district. 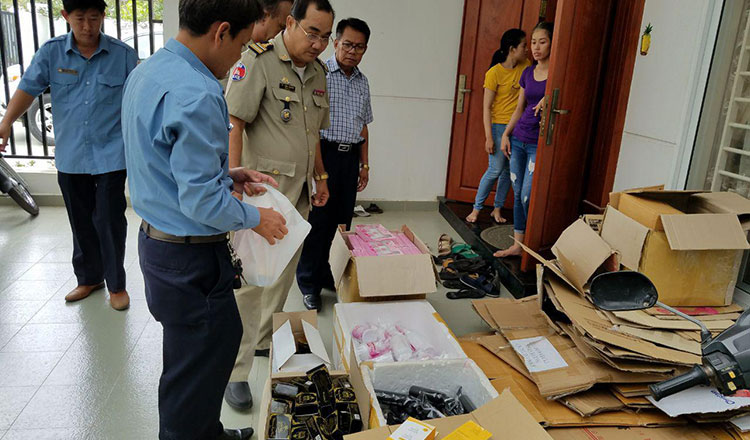 From January to August, the Interior Ministry’s counter-counterfeit committee has seized about 200 tonnes of fake products. Officials have sized cosmetics, medicine and beverages.

Meach Sophanna, the committee chairman, said that officials have been properly trained on how to spot fakes.

“The officers know how to identify fake products, how to investigate cases, and prevent distribution to help protect consumers,” he said.