Lt Gen Vanthoeun said officers found many fake products at the house, which was stocking, packing and also producing the merchandise.

“Police found creams, lipsticks and shampoo,” he said. “In total, we seized 4.5 tonnes and most of them are fake products.” 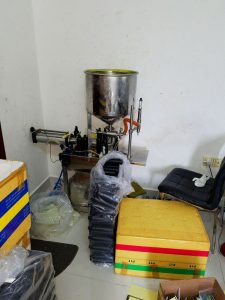