Phnom Penh Municipal Court yesterday charged a 34-year-old man over the trafficking of nearly 800 grams of methamphetamine in Phnom Penh.

Major Sok Sarith, an officer with the anti-drug department at the Interior Ministry, yesterday identified the accused as Manh Chantha, from Sen Sok district. Mr Chantha has been charged with possession and trafficking of narcotics, a crime that could see him imprisoned for up to 30 years.

The accused was arrested on Thursday at his home in Kraing Thnuong village on the outskirts of the capital, Maj Sarith said.

“He was targeted due to his active role in trafficking drugs from the Lao border in Stung Treng province for users in Phnom Penh,” he said. “He was arrested after he sold drugs to an undercover officer.” 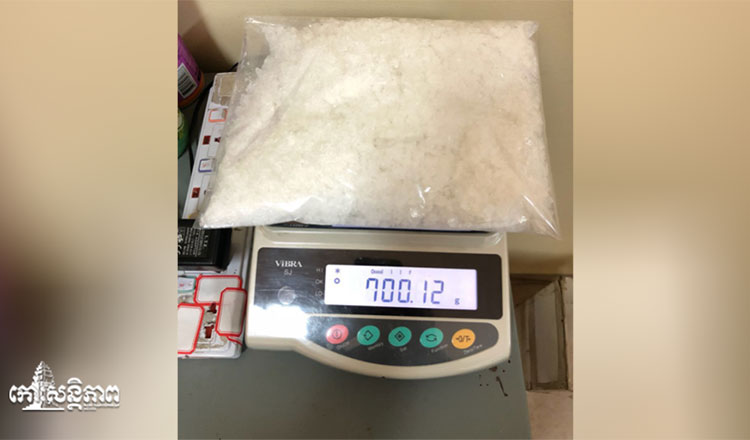 He noted that prior to the arrest, undercover officers spent two months ordering the drugs from the accused.

After the accused secured his supply, the officers went in to make the arrest at his home in the village.

Police seized a total of 700.12 grams of methamphetamine and one scale, he said.