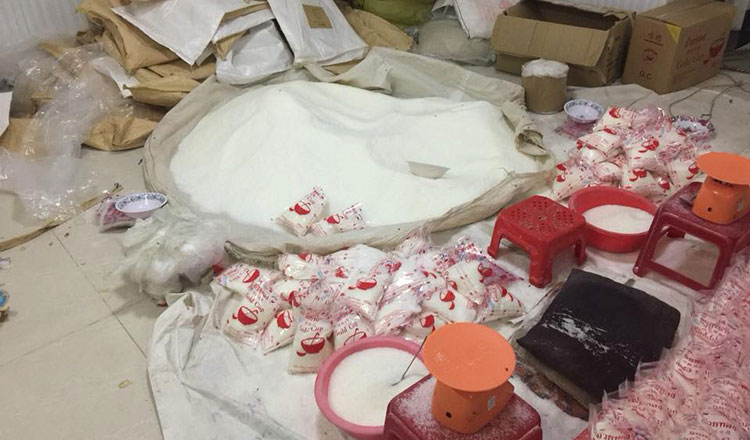 “After inspecting the premises and on Mr Sophary’s instructions, we decided to close the facility in the district’s Tuol Sangke II commune,” the department said. “We also took the owner, Sok Vouchlin, 41, a Cambodian national, in for questioning pending further action.”

Lt Gen Chan Vanthoeun could not be reached for comment.

District police chief Teang Chansar said the raid was held after the department got wind that the house was being used to package the fake products for distribution. “The authorities will take the seized products for further laboratory tests,” he said. “But from what we have found so far, they are fakes which can harm the health of consumers.”