Prime Minister Hun Sen has asked the Bar Association of Cambodia to assign its lawyers to provinces and rural areas across the country in a move to provide free legal assistance to the poor.

During the meeting yesterday, Mr Visal briefed Mr Hun Sen on the activities of the bar association, including its administrative and financial reforms, and regional and international cooperation.

Mr Visal said that the bar association cooperated with the Ministry of Justice to provide legal assistance to the poor.

In response, Mr Hun Sen recommended that all reforms be made in accordance with Cambodia’s laws and international norms.

He also encouraged the bar to further strengthen and enhance its lawyers’ capacities so that they could help the poor both in the provinces and rural areas. 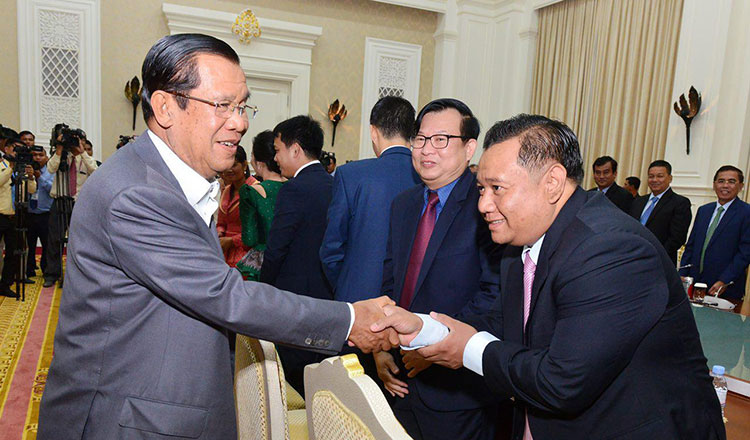 “Many lawyers refused to work in the provinces because they were given little stipends from the association. I acknowledged this problem. One other reason is that most lawyers chose to provide services to rich people so that they could charge them and earn more money,” he said.

Mr Hun Sen yesterday decided to increase annual funding from $225,000 to $250,000 next year for the bar in a bid to provide free legal services for the poor, according to Mr Tech. 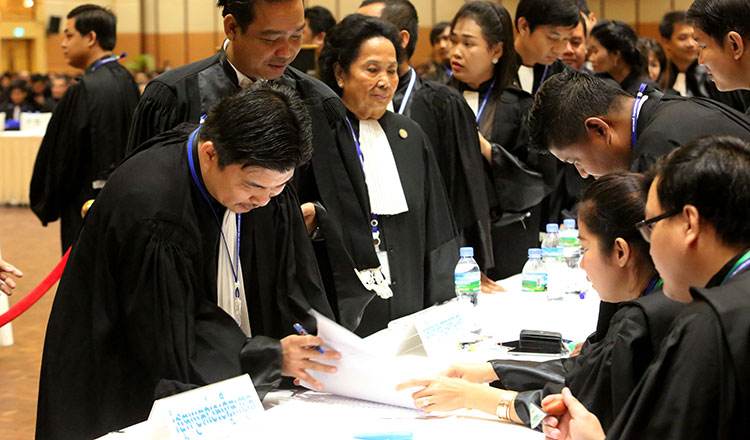 Mr Tech said that the bar association is currently working with the Justice Ministry to organise a legal office in each province next to each provincial court to offer free services to the poor.

These offices would allow poor villagers to access legal aid without the need of travelling to the capital, he added.

“In cooperation with the bar association, the ministry has organised offices close to the provincial court. The bar assigns its representatives in each province and delegates them power to assign lawyers for the poor in urgent cases. So this will make the work easier and more sufficient,” he said.