Provincial police chief Em Kosal said yesterday that the raid was launched following reports of people using banned items to fish on the lake in the province’s Kang Meas district.

“During this season, farmers take advantage of the high tides to fish,” he said. “But the methods they employ are illegal because they use banned items, like fishing nets and equipment that can ensnare small fish.”

“We are conducting checks in Kampong Cham province and find two or three cases daily where we advise farmers not to use such tools,” Mr Savern added.

It added that the seized tools were burnt on the spot and all the fish were freed back into the lake. 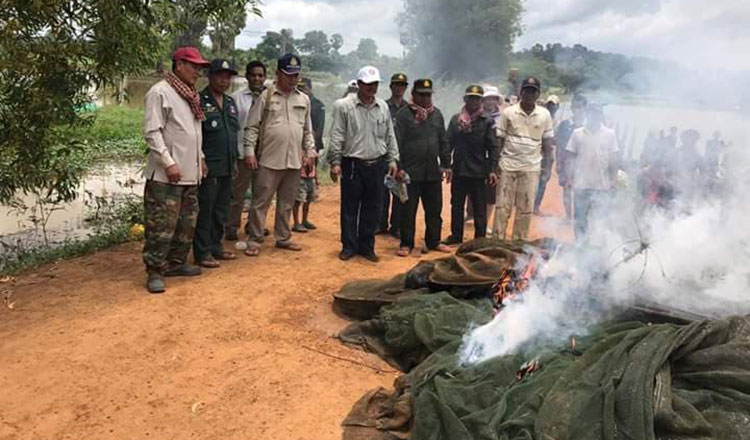 Last month, Agriculture Minister Veng Sakhon ordered authorities to monitor and crack down on illegal fishing activities, especially on the Tonle Sap. He called on officers to increase enforcement and cooperate with provincial, city and district authorities.

According to a ministry report, there were 1,444 cases of illegal fishing during the first half the year, 206 fewer during the same period last year.