Prominent land activist Tep Vanny has been reunited with her family after two years in jail and plans to continue her fight for displaced Boeng Kak villagers.

About six months ago, Tep Vanny wanted to break the bars of her jail cell and run home, not for her own freedom, but to take care of her sick child who had been admitted to hospital with appendicitis.

“When I was in prison, I worried a lot, especially when my daughter had appendicitis and needed surgery,” says Ms Vanny, who was this week released from prison following a royal pardon.

“I was so depressed I could not look after my child because she was having surgery for the first time ever,” she adds. “Moreover, my two kids had to skip school while I was in prison because my family had no income; that made things even more frustrating and I strongly wanted to leave prison, but could not.”

The face of land activism in Phnom Penh, Ms Vanny was arrested on August 15, 2016, and subsequently sentenced to 30 months in jail for insults and obstruction of public officials over a protest that turned violent and left two security guards injured.

Her jailing was decried by local and international rights groups as politically motivated and without cause due to a lack of evidence that she had anything to do with the violence.

Ms Vanny, who had spent nearly ten years protesting for the land rights of Boeng Kak villagers, welcomes the abrupt amnesty, but notes it cannot erase the injustice she faced.

“I am happy to have freedom to be with my children,” she says, sitting in her home surrounded by dozens of bags, sweaters and scarves she knitted while incarcerated. “But I still have the pain with me as shadows because I was unjustly jailed for more than two years.”

“For this amnesty, I cannot help but feel it’s too little too late,” she adds. “I was gone for so long and it affected my emotions, the feelings of my children, mother and fellow villagers.”

When Ms Vanny arrived home from prison on Monday night, dozens of Boeng Kak villagers whom she had been fighting for since 2010 greeted her with a heroine’s welcome home.

Boeng Kak land disputes have been ongoing since 2007 after the government signed a 99-year lease at a throwaway price of $79 million for more than 100 hectares of Boeng Kak land, affecting more than 4,000 families. 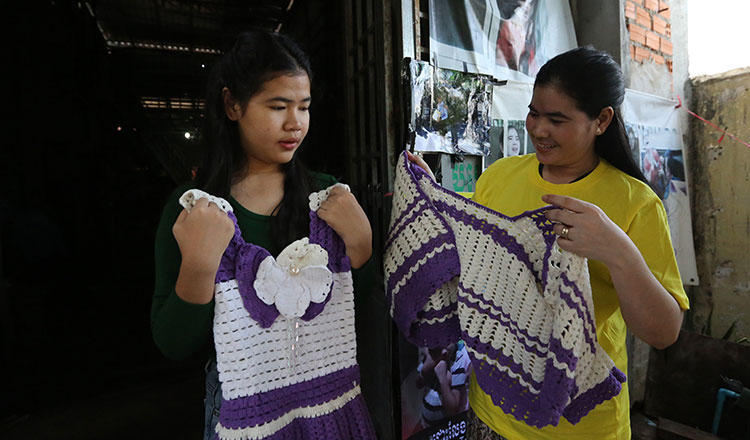 The Shukaku company, which was granted the right to develop the Boeng Kak area, filled the lake with sand and displaced thousands to make way for the project.

Ms Vanny took up the cause to get villagers proper compensation and new land titles in 2010, becoming the face of land activism as she led countless demonstrations that eventually led to some redress.

The government ultimately decided to cut more than 12 hectares of land out of the project to give to affected villagers, with land titles, and the conflict is nearly resolved today with just one family in Ms Vanny’s group still awaiting compensation.

Her tireless work led to recognition from abroad, including the Human Rights Defender award from the Netherlands and the Vital Voices award from the United States.

But her activism also led to personal hardships. Her jailing in 2016 was not her first run-in with authorities as she had been arrested 12 times before and went to jail on three other occasions.

Throughout her struggle, she was also threatened with violence and got divorced from her husband, leading to bouts of depression. 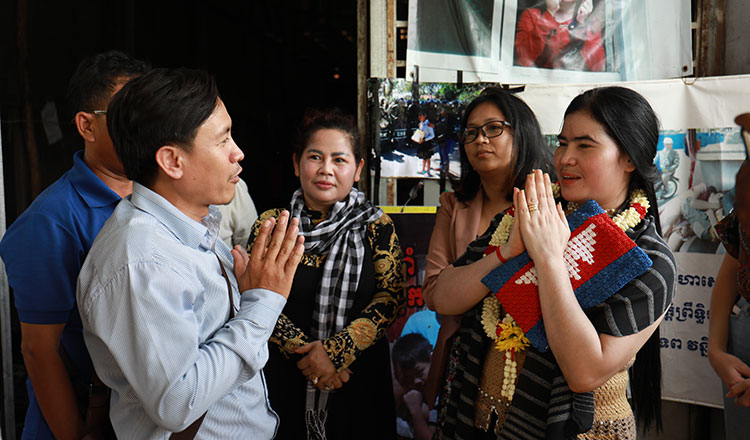 “This was the fourth time I was put in prison,” she says. “The first time was for about a month, the second for five months and the third for six days.”

Born in 1981 in Kampot province, Ms Vanny grew up in a prosperous family with her father working as a civil servant.

When she was eight-years-old, things changed as her family ran into some personal hardship, leading to her dropping her studies and collecting scrap to help her relatives survive.

In 2003, she married a civil servant herself and moved to Daun Penh district’s Boeng Kak area in 2006, where she sold groceries from her home and took care of her children.

By 2010, she had saved enough money to buy some land in Kampong Speu province, but it was later taken by a sugar company just as her land in Boeng Kak also came under dispute. The double blow led to her taking up arms to fight for land rights.

“It was then that I realised stuff like this could happen in our society,” she says. “I wasn’t aware before; I just looked after my children and didn’t read the news. Once it affected me, I began thinking why is the government doing this to its people; why does it only care about the companies and not the people. They want to take our land for their own interest.”

Sear Heap, Ms Vanny’s mother, says her daughter had nothing to do with the violence at the 2016 protest and was jailed unjustly, leading to severe difficulty for her family.

“I tried to wash motorcycles to earn income in order to feed my grandchildren,” she says. “It was a very difficult period. When I had money, the kids could go to school, and when there was no money, they could not go to school.”

“And every time they were sick, they cried for their mother, and when the mother knew that they cried, she also cried in jail as there was nothing she could do but shed tears,” she adds.

Ms Heap says her daughter is a gentle person and was exercising her freedom of speech and right to peaceful assembly when authorities jailed her without cause as a way to silence her.

“I was very depressed that they arrested and imprisoned my child for two years without her committing any wrongdoing,” she says. “My daughter has never beaten anyone, she only screams to stop them from fighting. I know this because I often joined her at the protests until I was hit in the head by marbles from a slingshot one time, almost leaving me blinded.”

CPP spokesman Sok Eysan says the royal pardon was sought for Ms Vanny because she reformed her behaviour while in prison.

“The important thing now is that she does not act under the guidance of foreigners going forward,” he says, claiming that her activism was guided by opposition groups to oppose the government.

“In this regard, it is important for her to not become a heroine for those incitement groups,” he adds.

“The release of one or two people won’t erase the fact that the international community has accused Cambodia of violating human rights since before and even after the national election,” Mr Sen Karuna says. “Other human rights defenders are still in prison and the government should set them free to restore the faith of the international community.”

Back in her home, Ms Vanny says that she plans to continue her activism at least until the Boeng Kak dispute is fully resolved, after which she will likely establish her own business.

“The main thing I have to do now is to give my children and my parents warmth first because my children were seriously affected by my imprisonment,” she says. “Although I suffered injustice and pain, I am still proud that I was born Khmer and I still love my country.”