Phnom Penh Municipal Court yesterday charged five Chinese loan sharks with kidnapping and confining three countrymen who could not repay a total of $45,000 which they borrowed to gamble in a casino in Preah Sihanouk province.

He said all five were loan sharks who rented rooms in the Oriental Pearl Casino.

Maj Sophath added that the five were charged with unlawful confinement and threats accompanied by extortion and face up to five years in prison each if convicted.

Maj Sophath said that the five men were arrested on Tuesday and are now in Prey Sar prison pending their trial. 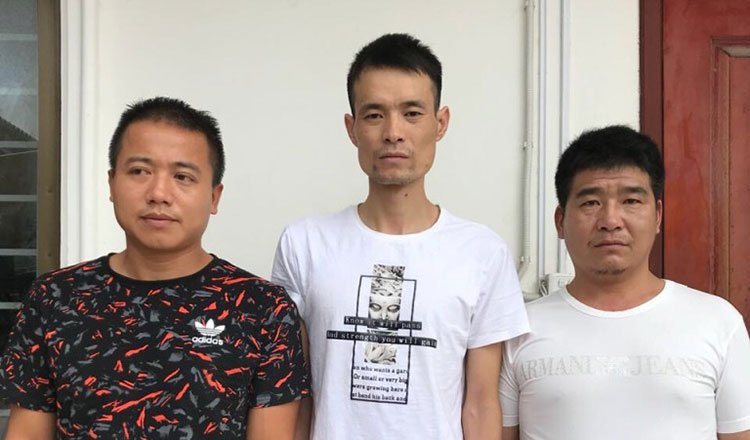 He said that according the victims’ police report, they went to the casino on Sunday night and lost all their money playing games there.

Maj Sophath added that the three men then borrowed money from the five loan sharks to keep gambling.

“The victims did not have any money to repay the accused,” he said. “The loan sharks then grabbed them and locked them in the rented room in the casino.”

Maj Sophath said that on Tuesday the accused tried to telephone the victims’ families in the province and in China to get them to repay the loans but could not get through.

He added that on Wednesday morning they managed to contact Mr Li’s wife and threatened to kill him if she did not pay what he owed.

“The wife lodged a report with provincial police who set a trap to catch the five men,” Maj Sophath said. “They told her to contact them and find out where she should deliver the money.”

He said that the wife was told to bring the cash to a rental house in the province and police followed her there.

Maj Sophath added that police arrested the five accused at about 8pm on Wednesday.

“Police freed the three victims and took them to the Chinese embassy which arranged for them to be reunited with their families in the province,” he said.

Maj Sophath added that police seized three handcuffs, a torchlight and five phones from the accused.