Kampong Cham Provincial Court yesterday charged a 32-year-old man for impersonating a military police colonel and threatening to kill a woman over a minor traffic altercation.

Maj Watana said Mr Neang was charged by the court with impersonating an officer, possessing an unauthorised weapon and threatening a motorist.

He added that Mr Neang was arrested on Monday by provincial military police and has now been sent to prison pending trial. 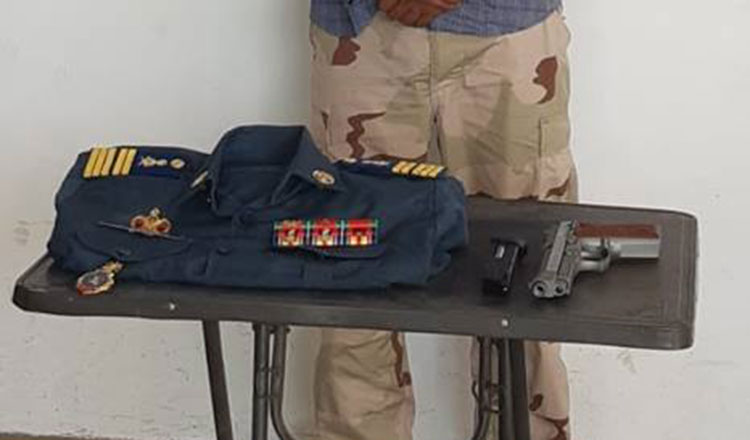 Captain Keo Veasna, a Chamkar Loeu district military police officer, said Mr Neang was on his way to visit his family on Sunday in the district while wearing the fake military uniform.

Mr Neang then got into an accident with 25-year-old businesswoman Huoth Fong. The two got into an argument over the accident and Mr Neang brandished a pistol and threatened to kill Ms Fong.

“He pulled out his pistol from his waist and pointed it at her, threatening to kill her,” Cap Veasna said. “He then fled the scene, and was arrested after the victim filed a complaint.”

After his arrest, police confiscated the uniform and the pistol, he said.

The accused could not produce a military ID or a firearm license to support his claim that he was a soldier, Cap Veasna added.