A fire on Wednesday afternoon ripped through a two-storied lodging for Chinese construction workers and damaged sixteen rooms and some household items, but no one was injured in the incident in Sihanoukville’s Bey commune.

Bou Sothy, Preah Sihanouk fire department chief, yesterday confirmed the incident, but referred further questions to his deputy who was directly involved in fighting the blaze.

The deputy, Khim Sotheary, said that the fire resulted from a short circuit caused by a phone charger.

“The fire happened because the workers often leave their phone chargers on even when not in use,” he said. “It ripped through the two-storied building which had sixteen rooms to house the construction workers.” 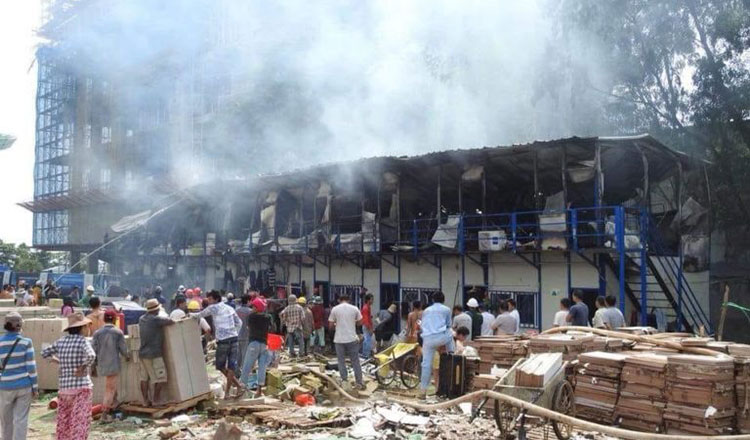 “Upon receiving a report, we sent three fire trucks, two from our department and one from the provincial military police to the scene,” he added.

Mr Sotheary said firemen took about an hour to completely put out the fire. He added that because the room structures were mostly steel and the fire was not very strong, only the workers’ belongings such as clothing was destroyed.

Mr Sotheary noted that the construction site owner had not filed a complaint so far, possibly because nobody was injured.