Five masked men armed with guns and body armour brazenly robbed an RHB Indochina bank branch in broad daylight in the capital today, making off with $100,000.

Interior Ministry spokesman General Khieu Sopheak said late last night that one person has been brought in for questioning thus far, but would no reveal any further details.

“This is the first time an armed bank robbery has occurred in a long time,” Gen Sopheak added.

Phnom Penh police said that the robbery occurred at about 11.40am at RHB Indochina’s Mao Tse Toung Boulevard branch in Chamkar Mon district.

“We are working on the case and our officers are in the process of questioning bank employees,” said penal bureau chief Eng Sorphea. 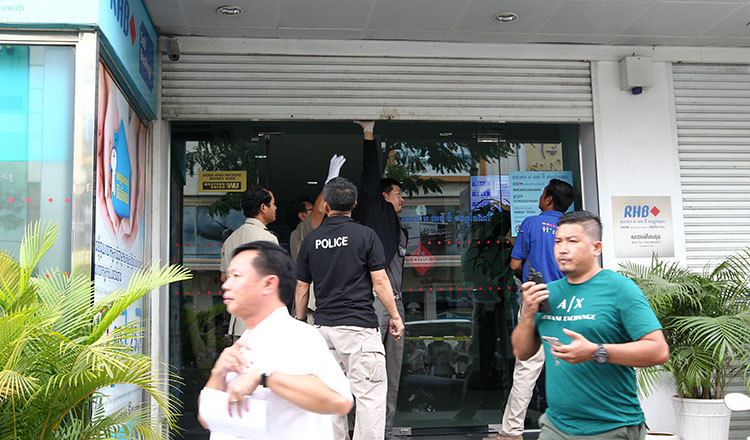 Video footage obtained from the social media and circulating online shows five masked men wearing motorbike helmets pointing guns at a bank security guard and stashing cash into a bag while being a teller’s counter.

Mr Sorphea said the footage has been analysed by experts and they have concluded that the men were wearing body armour.