Following a decision to lease land to Chinese investors in March, City Hall spokesman Met Meas Pheakdey yesterday said that vendors along the riverside from Chroy Changva Bridge to the night market must move their places of operations to make way for the Chinese development project.

“Now we are discussing this situation,” he said.

Mr Meas Pheakdey added that he was not aware of how much the Chinese project will cost, and noted that details are still being worked out by municipal officials.

Mr Meas Pheakdey said that there is a possibility that businesses conducting tours on the river could also be subject to relocation, but did not disclose the new location.

“We will discuss the matter with tour boat owners,” he said.

In March, Phnom Penh Autonomous Port said in a statement that a portion of its land was going to be operated by Chinese investors in a 50-year deal starting from June of this year until 2068.

The statement also said that the trade centre will consist of offices, an art centre, a floating market, a port garden, a five star hotel and a theatre. 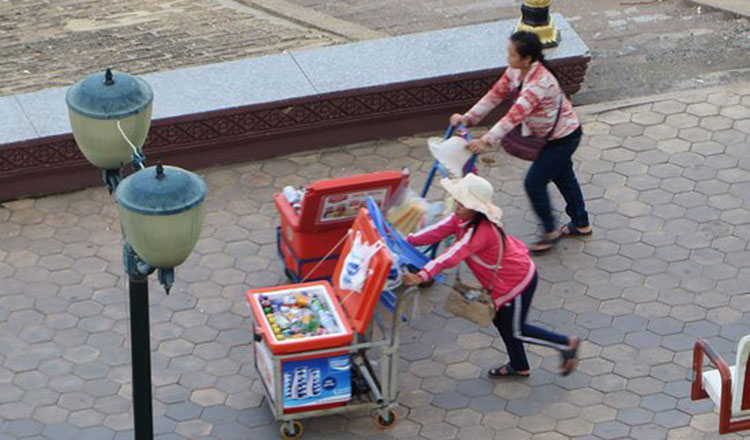 A tour boat owner who refused to be identified said the new development will pose a challenge to his business.

“If they move where we park our boats too far away then we won’t have enough customers,” he said, noting that government officials will inform businesses about six months in advance.

“If they move us, it will affect our business because customers will change their minds,” Mr Narin said.

US to blame for the CNRP’s demise

Problems with land distribution to 200 vets