O’Ya Dav district authorities in Ratanakkiri province yesterday warned about 100 vendors selling their wares along National Road 78 to register for shop lots and move to a new market within ten days or face legal action.

A statement issued by the District Hall yesterday said that eviction notices were distributed to vendors along the road in Pate commune due to resident complaints.

The statement said vendors should contact O’Ya Dav market managers to relocate to the market and conduct their businesses there.

He said district officials found an acceptable solution to appease both residents and vendors.

“All vendors who sell along the road, please understand that we issued the eviction notices to maintain public order,” Mr Lin said. “We hope vendors will comply and vacate the area within the specified time frame.”​ He noted that the vendors have ten days to relocate to the market before they’re forcibly evicted. 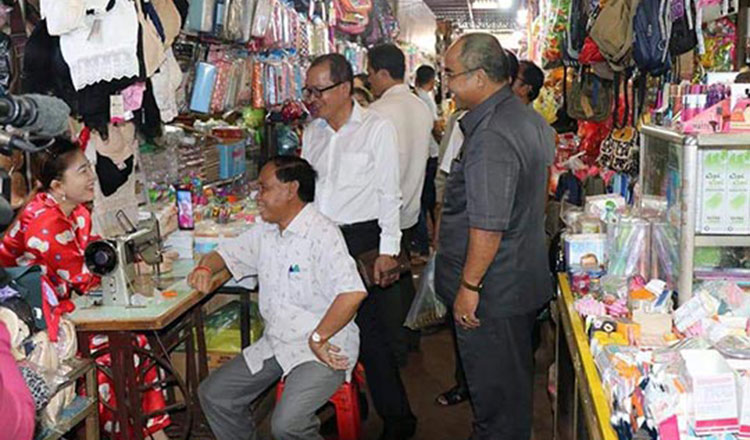 Pate commune chief Chhay Thi said yesterday that the relocation is an opportunity for vendors to sell their goods in an organised manner.

“The management of the market will list the names of vendors and they each will receive a spot for them to sell their goods,” Mr Thi said, noting that the number of vendors is currently unknown.

In August, more than a dozen families in the district were evicted from the premises of Seima Sovankiri pagoda in the same commune.

The chief monk filed a complaint and accused the families of disturbing public order and creating chaos.

Leng Srey Pov, a vendor, said at the time that many agreed to relocate to the market.

“We used to make large profits, that’s why vendors did business here,” Ms Srey Pov said. “We don’t want to go against the authorities, we just need a place to sell.”