Preah Sihanouk provincial anti-drug trafficking police on Tuesday arrested a man suspected of transporting nearly half of a kilo of drugs.

He added that prior to the arrest, undercover police spent about a month setting up a sting operation to net the suspect. 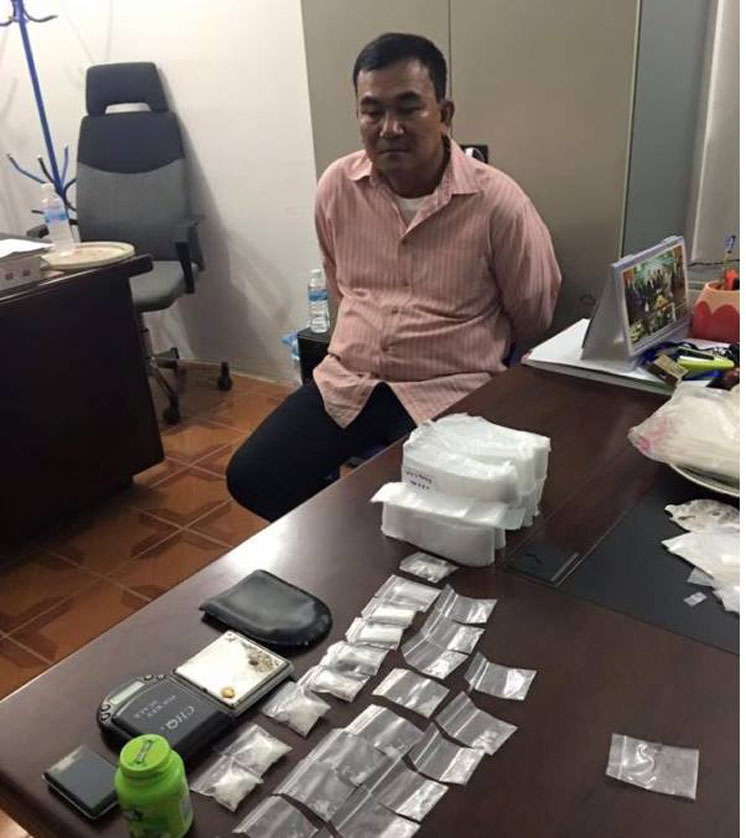 “He was an active pusher who brought drugs to foreigners in clubs and hotels and guesthouses in the city,” Maj Sothy said. “He sold drugs to undercover cops and they arrested him after they raided his home and confiscated the evidence.”

He said police confiscated a total of 19 packages of meth and six packages of ketamine, weighing nearly 400 grams. Police also confiscated two scales, about $50 and other drug materials from the suspect.

Maj Sothy added that the suspect has been temporarily detained pending further investigation at the provincial police headquarters.

The suspect was accused of drug possession and trafficking and will be sent to the provincial court for questioning today.