The four officials include three former vice presidents You Hockry, Por Bun Sreu and Nhep Bunchin, and also deputy secretary general Van Sophanna, according to the documents released on Monday.

Nop Sothearith, Funcinpec’s newly-appointed spokesman, said that the party terminated the memberships of Mr Hockry, Mr Bun Sreu, and Mr Buncin who were fired as vice presidents on August 8 because they created problems in the party.

“The acting president decided to terminate their membership based on the party’s internal rules,” Mr Sothearith added. 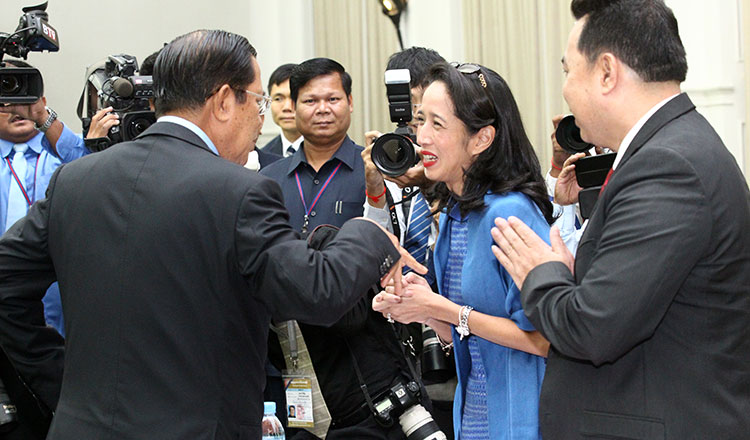 Mr Hockry said yesterday that his dismissal was unjust.

“It is very unjust for us. I don’t want to comment now,” he said.

The turnover came after Prince Norodom Ranariddh appointed Prince Chakravuth as acting president in his absence while he continues medical treatment in Thailand after a car crash in June.

Nhep Bunchin, former vice president and spokesman, could not be reached for comment yesterday, but on Sunday said that he was forced to retire early.

However, the party placed second in terms of nationwide votes during the July 29 election, securing 374,510 votes behind the ruling CPP with about 4.8 million. It also won no National Assembly seat.