The Labour Ministry has appealed to all owners of construction sites to increase safety measures at their job sites following a meeting with industry leaders.

Leng Tong, director of a Labour Ministry department in charge of health and safety, said yesterday that ministry officials met with industry leaders on Monday to address safety concerns.

“We asked construction site owners to open training courses for their workers so that they may gain knowledge in workplace safety and reduce the amount of accidents,” Mr Tong said.

He added that the construction sector is prone to accidents because of the nature of their job. Many work on high rise buildings and some workers have been injured, while others have lost their lives.

In response, the government is set to draft a number of laws and regulations aimed at reducing the number of accidents, he said.

“Currently, the construction sector in Cambodia is booming – there are many jobs available,” Mr Pheng said. “But safety is imperative, so training from government officials is a good thing.” 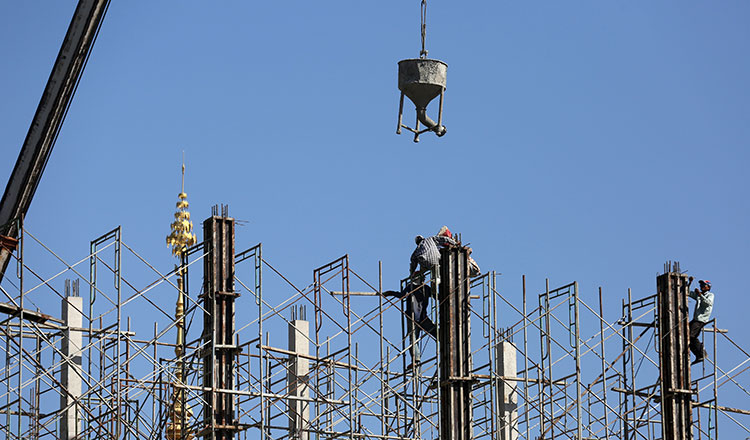 Last month, the government announced the creation of a national committee tasked with improving workplace safety.

The committee will oversee current and future safety standards. It will consist government officials, union representatives, employers and NGOs. If it goes according to plan, the committee will be obliged to inspect and analyse construction projects across the country and scrutinise safety measures.

Safety is a major issue for contractors working on construction sites.

In June, two construction workers died and five others were critically injured after concrete frames collapsed and fell from the 23rd floor of the Mekong View Tower construction site in Phnom Penh’s Chroy Changva district.

The union found that 12 percent of respondents felt that their construction sites were unsafe and that injuries were common.