Chinese restaurants in Sihanoukville get nipped

Preah Sihanouk provincial authorities on Monday cracked down on stall and restaurant owners whose businesses encroached on Road 400 and Road 500 in Sihanoukville’s Buon commune.

A city administration report issued yesterday said that 22 restaurants, most of which belong to Chinese owners, and 11 fruit stalls were given two days to remove illegal extensions, including awnings and umbrellas, which spilled onto the roadsides.

Sihanoukville Governor Y Sokleng said yesterday that the action was not unusual as authorities keep looking out for such illegal constructions and forcibly remove them when necessary.

“We do this on a daily basis,” he said. “Yesterday, we went there to order the removal of the awnings or big umbrellas from the roadside.” 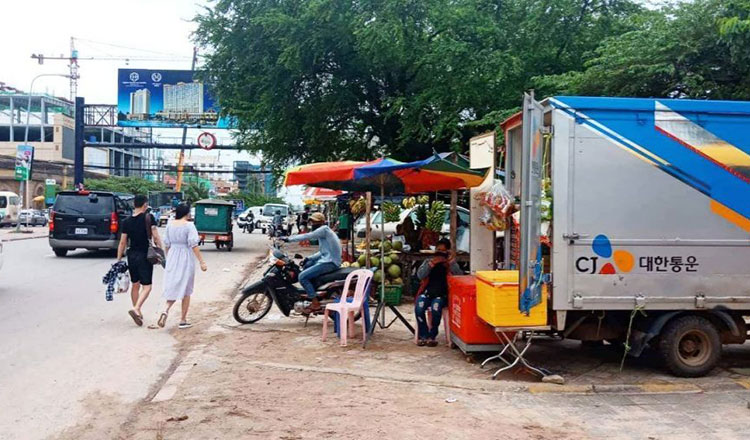 “The crackdowns are done according to the city plan and we do not target any nationality, be they Cambodian or Chinese,” he added.

Mr Sokleng said that the citywide crackdowns will be done on a daily basis and it will take some time before illegal structures are removed from all roads.

“Some days, we visit six or seven places and other days, eight or nine,” he said. “Overall, the owners cooperate with us, but there are some who initially resist our orders to remove the illegal extensions because of the cost incurred when putting them up.”

“We cannot let a few people affect the common interest of many because roadsides are for pedestrians to use and these illegal extensions can lead to accidents and also spoil the city’s image,” he added. 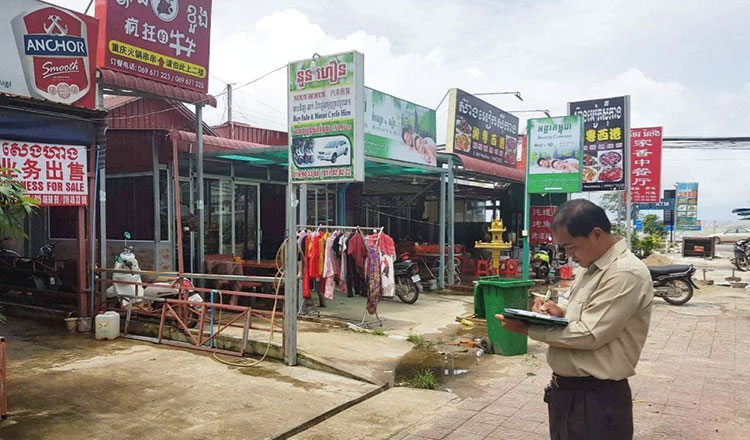 Provincial Governor Yun Min said yesterday that the actions taken do not discriminate against anyone regardless of their nationality or status.

“The operations will be conducted continuously and we don’t discriminate,” he said. “As long as they encroach upon the public road, the authorities will take action.”

Mr Min said that the owners will be told to remove the illegal extensions themselves, but if they do not comply, then authorities will tear them down.

“To beautify the city and promote a good environment, such actions need to be taken,” he said.

Woman jailed for life after hiring godson to kill husband