Woman jailed for life after hiring godson to kill husband

Phnom Penh Municipal Court yesterday sentenced a woman and her godson to life in jail over the 2016 murder of her husband whose body was tied to a large block of stone and thrown into a canal in the capital.

Presiding Judge Ros Piseth identified the killers as Sao Sam Oeun, 46, and So Pha, 29. Both were convicted for the premeditated murder of minibus driver Kao Pha, 50, whose body was found in the canal on October 14, 2016, by villagers in Por Senchey district’s Chom Chao commune.

“The court decided to convict them to a life sentence each in prison,” Judge Piseth said.

He added that they were arrested on October 20, 2016, by military police in Phnom Penh after Mr Pha was killed at about midnight on October 11 by the godson. 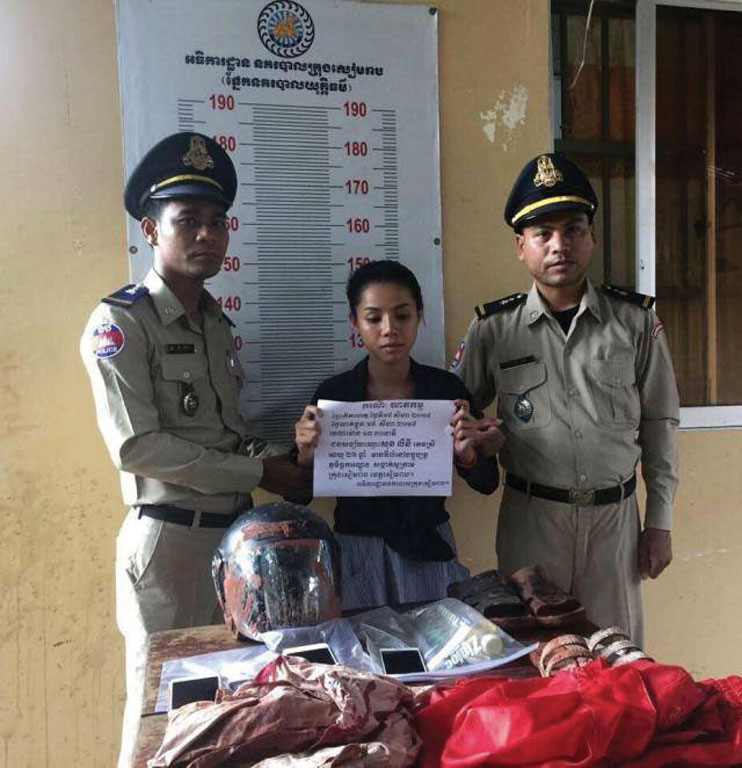 The report said Mr Pha married a 28-year-old garment worker and went to live with her in Phnom Penh. His first wife was enraged and conspired with her godson to murder him.

During their trial on August 8, both Ms Sam Oeun and Mr Pha admitted to the crime, saying that they killed the victim because he had a second wife. They said he often took money from Ms Sam Oeun to support the second wife. Mr Pha told the court that Ms Sam Oeun paid him to kill the victim.

He said that on October 11, he persuaded the victim to drive him and some friends from Phnom Penh to Siem Reap and back.

He said that when they reached Kampong Thom province that night, he spiked the victim’s drink with sleeping pills and strangled him when he fell asleep.

“After killing the victim, I took his body and put it in a car boot,” he said. “I drove the car to Phnom Penh, tied the body to a big stone and threw it into a canal on the outskirts of the city.”

Ms Sam Oeun said that she hired Mr Pha to kill the victim because she was angry at him for taking her money to live with his young wife.

Chinese restaurants in Sihanoukville get nipped

Vietnamese tried for trafficking 110 kilos of cocaine from Nicaragua