Following her release from prison, land activist Tep Vanny vowed to continue fighting for the Boeng Kak community until every displaced family receives a land title.

Ms Vanny also said she will share her experience with other communities locked in land disputes across the country.

King Norodom Sihamoni on Monday pardoned Ms Vanny, who was in jail for two years over a 2016 protest in Phnom Penh that left several people injured, including two security guards.

Ms Vanny was sentenced to 30 months in prison and ordered to pay $2,250 in compensation to the security guards.

The King also pardoned three other land activists who were on bail, including Heng Mom, Bo Chhorvy and Kong Chantha.

Speaking to reporters at her home Monday night, Ms Vanny said that she is committed to continue her activism.

“I will continue to provide advocacy until the Boeng Kak community has all of its problems resolved,” she said. “I can then share my experience with other communities who are also facing the same problems.”

Ms Vanny said that her job is not done in her village. She said that she will continue to lobby Prime Minister Hun Sen to intervene in order to secure land titles for villagers.

She said that her incarceration was unjust and that her pardon came as a blessing for her family.

“It seems too little too late because I already served more than two years in prison and it’s unjust for me, and it’s pain that I will never forget,” Ms Vanny said. “I am happy to see my family again, but nothing can erase the pain of spending two unjust years in prison.”

She added that being incarcerated affected the relationship between her and her children. However, when asked if she would stop her activism, Ms Vanny said that she would only do so once the community no longer faced any problems. 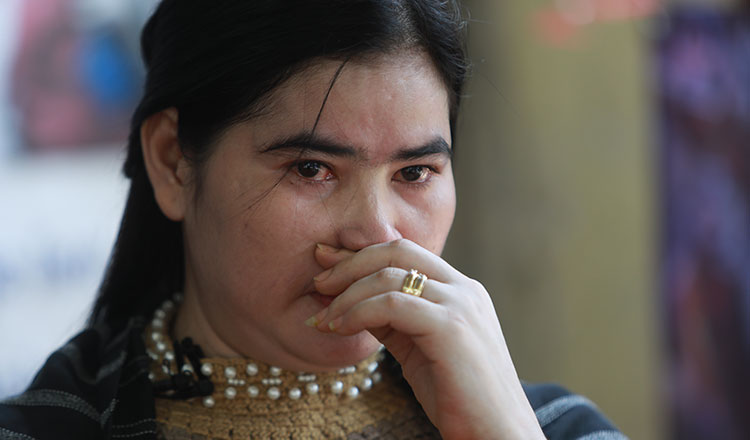 Boeng Kak land disputes have been ongoing since 2007 after the government signed a 99-year lease at a throwaway price of $79 million for more than 100 hectares of Beong Kak land, affecting more than 4,000 families.

Other land activists who greeted Ms Vanny as she was arriving at her home expressed joy when they saw their colleague freed from prison.

“Our stance is still to help families who have not received land titles,” said Song Sreyleap, a community activist. “Even though Tep Vanny is free, there are still issues yet to be resolved. We hope that the government will help the community.”

Mr Sen Karuna said that it is in the interest of the public that the country restores its stance on human rights and freedom of expression.

CPP spokesman Sok Eysan said yesterday that the pardon was done by the King after a direct request from Prime Minister Hun Sen.

“This release has shown that prisoners change for the better and clearly shows Prime Minister Hun Sen’s commitment in helping to save all Khmer people,” he said. “He saves without bias, even those who had insulted him in the past.”

When asked about the international community, Mr Eysan said that those pardoned should refuse to be influenced by those residing in other countries.

“The person has to wake themselves up in order to find happiness for their family,” he said. “Do not indulge in the incitement by foreigners and the uneducated who fled abroad and tried to use those in the country to serve their own ambitions.”